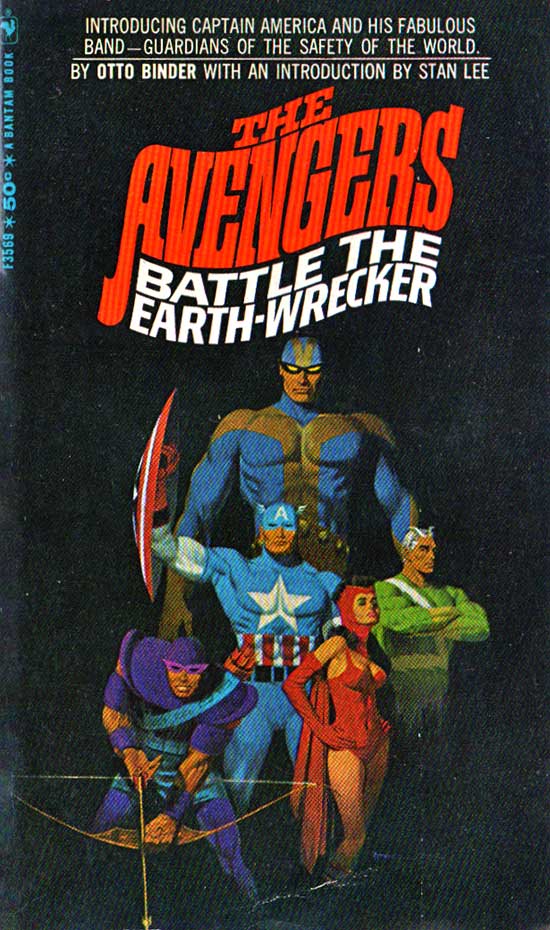 Note: neither Quicksilver or the Scarlet Witch appear in the book, though they're referenced as past members.
The Wasp and Iron Man are the other featured members of the team in this story!
The cover art is by James Bond movie poster artist Robert McGinnis!
Written by long-time pulp/comic book writer Otto Binder (whose credits include Superman and the original Captain Marvel, this never-reprinted tale is a rolicking, fast-paced adventure that would have made a kool flick back in the Swinging 60s!
Trivia: Binder co-created both Supergirl and the Legion of Super Heroes!
Though there had been numerous paperback reprints of Marvel comics by Lancer Books, this was the first prose novel...and an original story, not an adaptation of any of the comics tales!
There were three previous comic book prose novels before this...all based on DC characters!
George Lowther's Adventures of Superman (which, technically, was based on the radio show), and Winston Lyons (William Woolfolk's) Batman vs the Three Villains of Doom (based as much on the tv show as the comic) and Batman vs the Fearsome Foursome (a novelization of the 1966 theatrical movie). 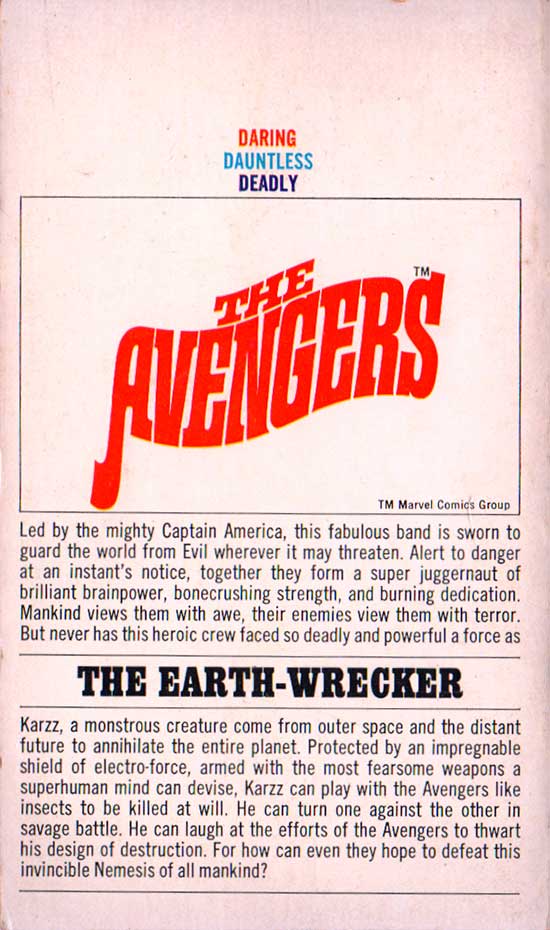 Karzz is more an alien Kang the Conquerer than Thanos the Mad Titan, but there are a number of parallels between this and Infinity Wars.
Now, before you go see the new movie...read the intro and first chapter of this lost classic... 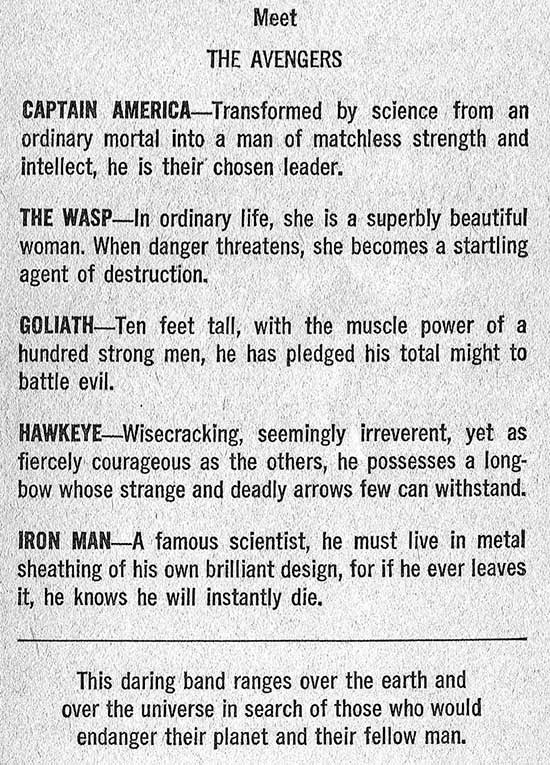 The inside cover teaser! 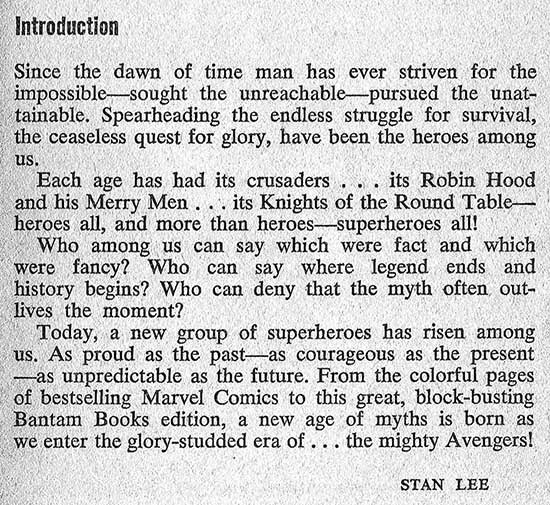 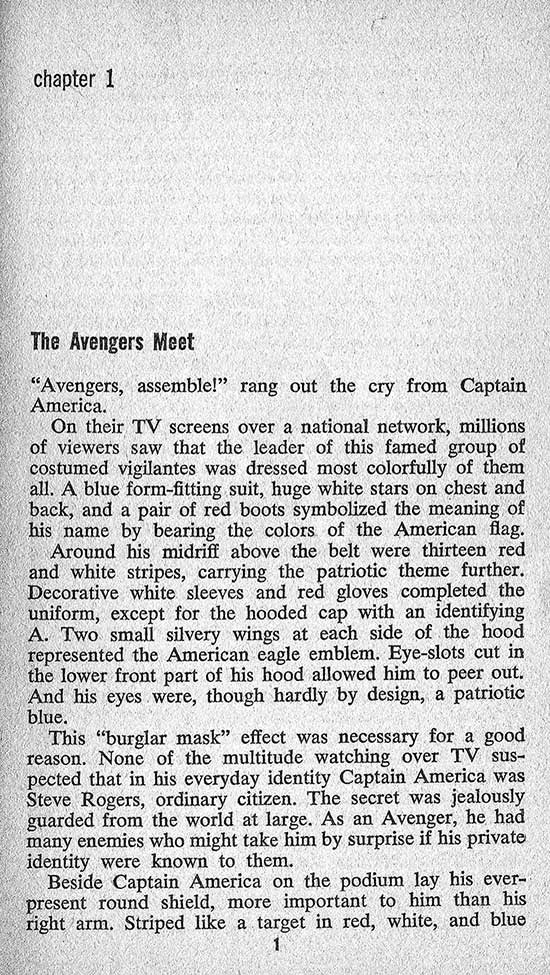 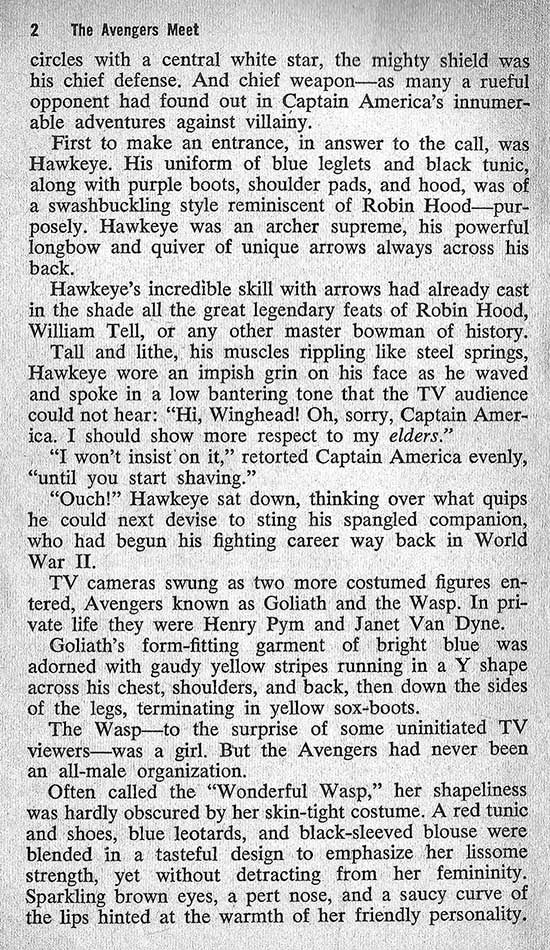 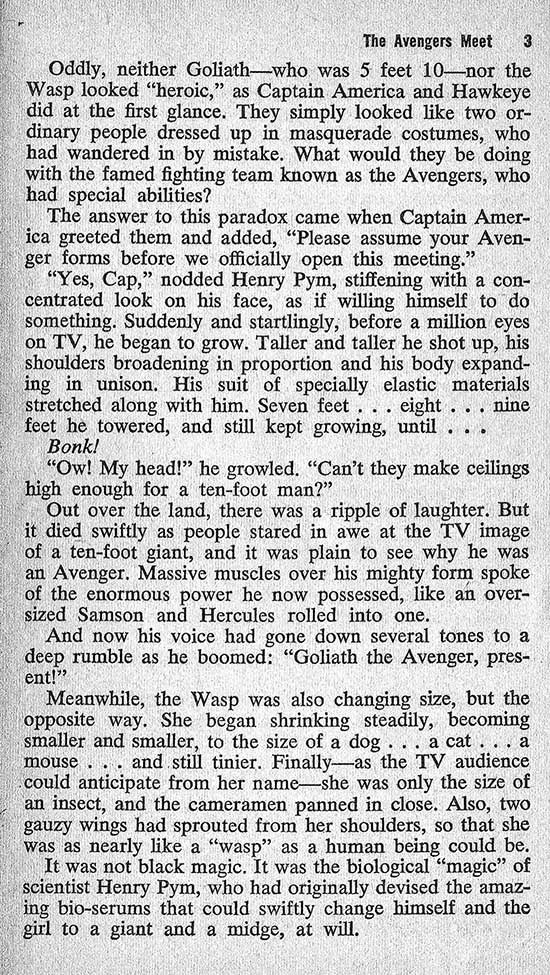 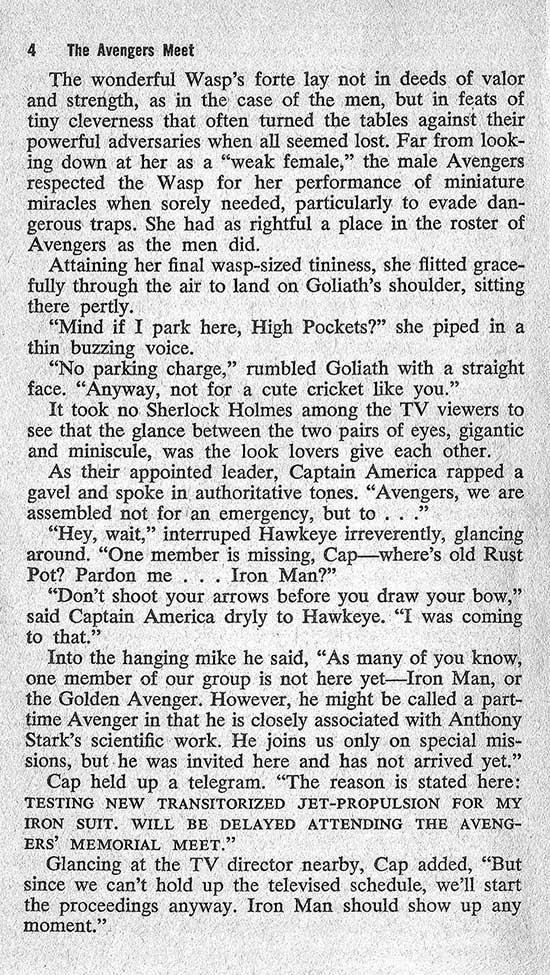 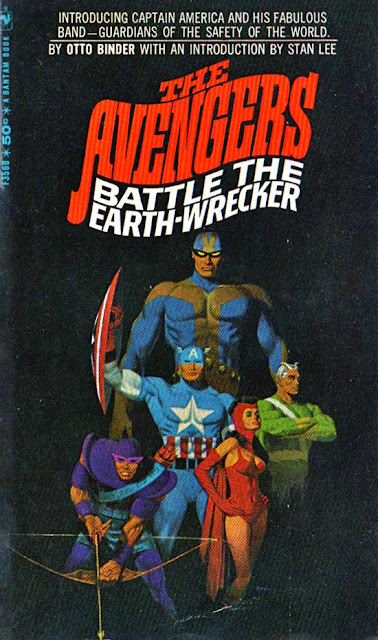