Reading Room REX HAVOC "Spud from Another World! or Who Grows There?" Part 1

The short-lived Rex Havoc series spoofed a different sci-fi/fantasy sub-genre in each installment... 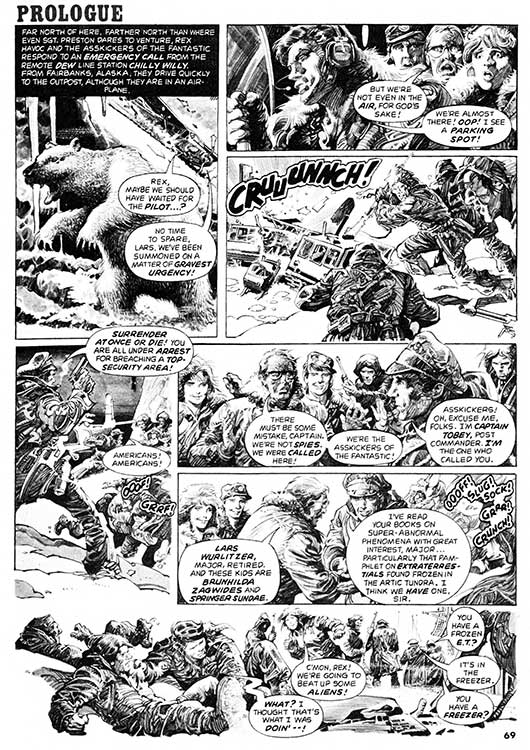 ...with this story taking a classic movie and the short story that inspired it, and turing them on their butts. 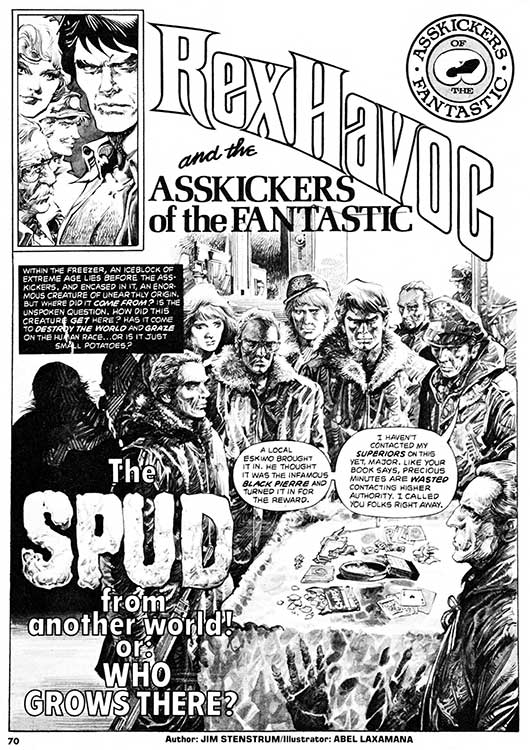 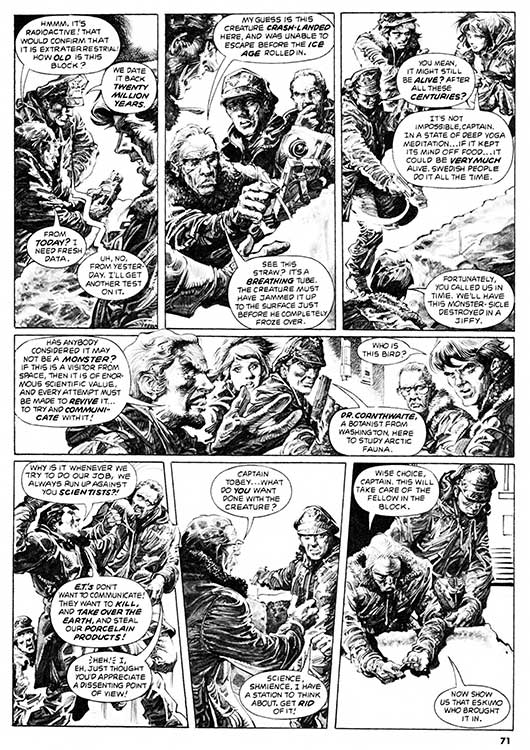 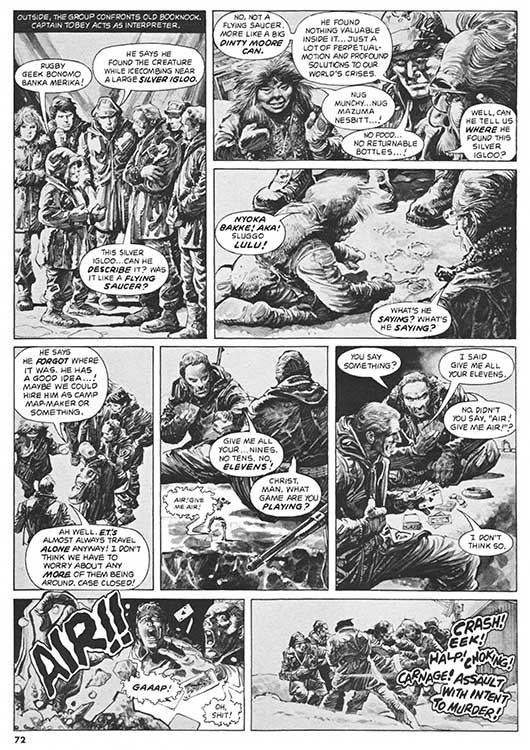 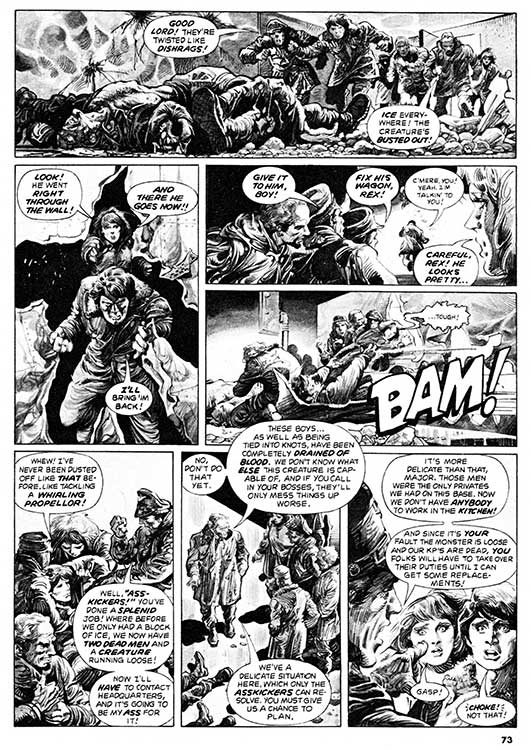 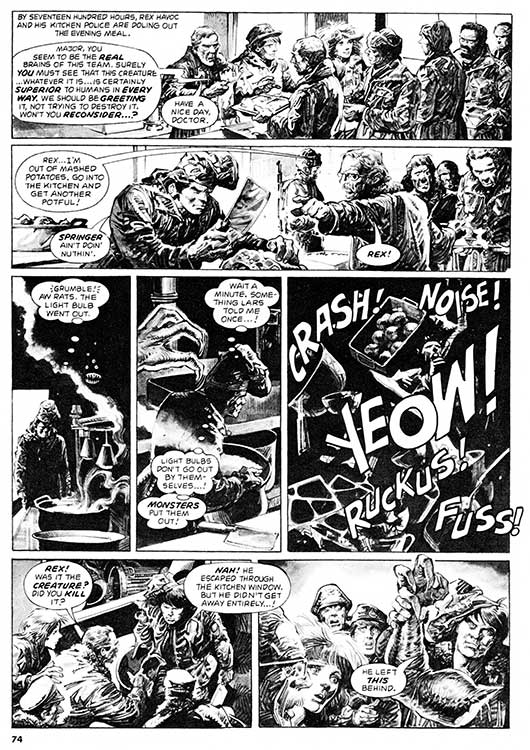 See what Rex and company do with the appendage (and the alien it came from) next week!
Rex's second tale from Warren's 1984 #5 (1978) takes the classic 1950s movie Thing from Another World, adds a couple of elements from the extremely-different John Campbell short story "Who Goes There?" it was based upon, adds a healthy dose of snark, shakes well, and produces this entertaining spoof.
Note: the suppporting characters are given the names of the actors' who played their counterparts in the original film.
For example, the base commander, named "Hendry" in the movie, is "Tobey" here.
Kenneth Tobey played Hendry in the movie.
Written by regular Warren contributor Jim Stenstrum, and illustrated by Abel Laxamana, who spent the late 1970s-early 1980s illustrating for Warren, left comics to go into animation, then popped up again in the late 1990s-early 2000s, doing superhero and, oddly enough, Simpsons comics!
Posted by Britt Reid at 10/20/2015 01:01:00 AM