Reading Room "The World You WILL Live In" Part 1

In 1950, what amazing advances did we think the 21st Century would bring? 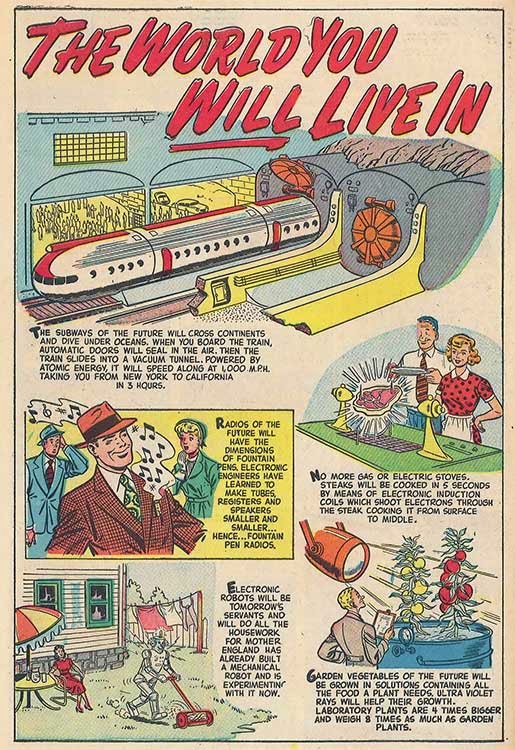 As shown in this uncredited (and never-reprinted) feature from Harvey's Flash Gordon #1 (1950), four of the five predictions have come to pass, albeit in modified form.
This was one of three different new one-page features that appeared in all four issues of the series which reprinted the Flash Gordon Sunday newspaper strip by Alex Raymond, reformatted for the comic book page, and new covers (not by Alex Raymond).
The others were "Stories Behind the Stars" (about the myths behind constellation names) and "know Your Planets" (about the other worlds in the solar system).
Posted by Britt Reid at 11/07/2014 01:01:00 AM