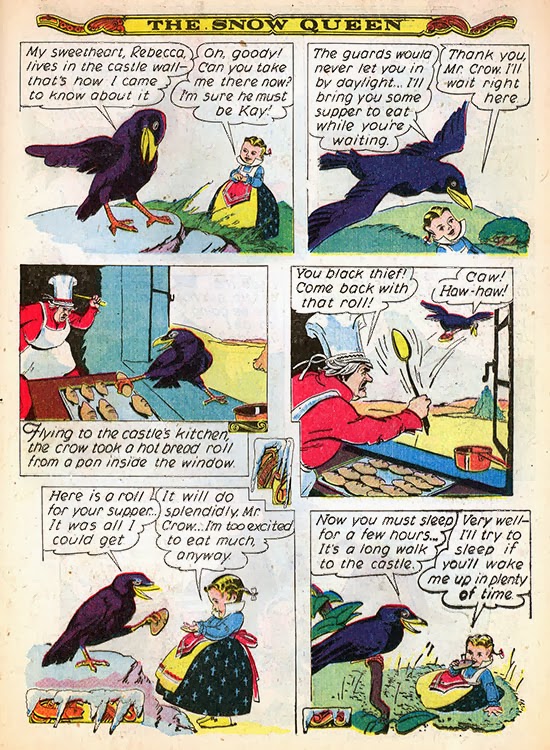 Kay, an innocent little boy, is affected by tiny shards of an evil mirror accidentally imbedded in his skin.
Now cruel and mean, the lad torments his playmates, including his best friend Gerda, who, though confused by his actions, still loves Kay.
While involved in a snowball fight, Kay is swept away by the immortal Snow Queen, who takes him to her ice palace.
Gerda, worried and despondent, decides to go in search of Kay, and encounters a witch who wants to keep the girl in her enchanted garden, forever.
But, the resourceful child escapes and encounters a talking crow who knows of a little boy who sounds like Gerda's missing friend... 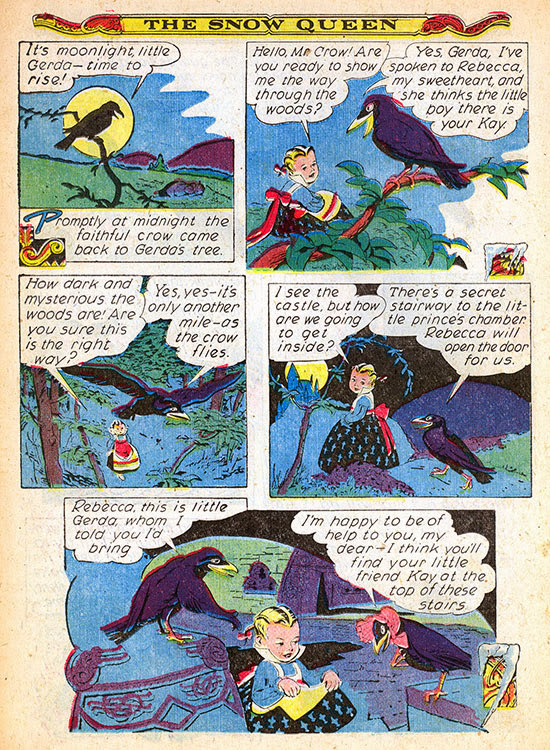 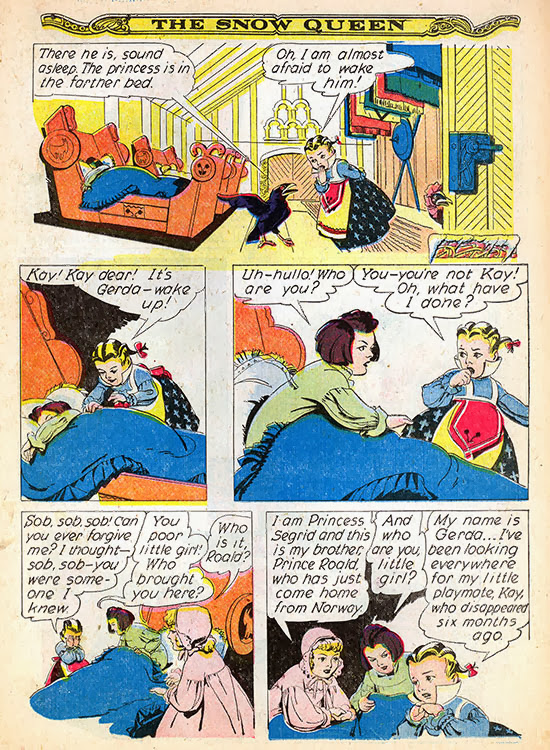 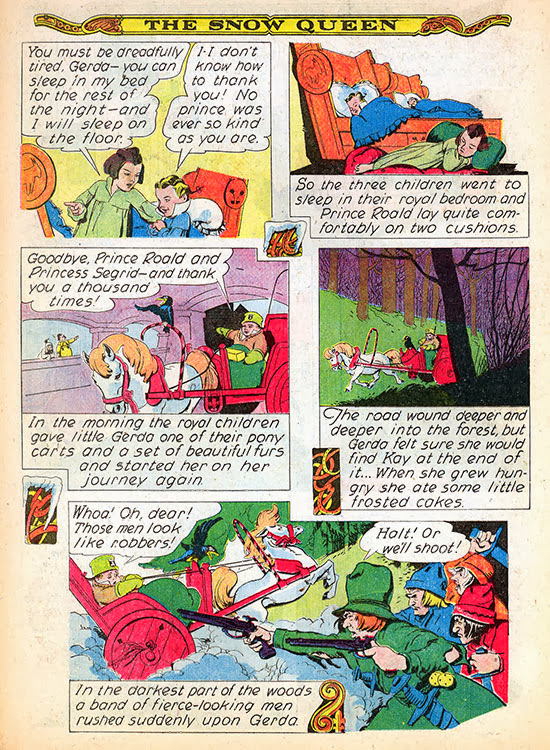 Tomorrow:
The Little Robber Girl
Written by Gaylord Du Bois and illustrated by Lea Bing, this never-reprinted tale from Dell's Fairy Tale Parade #9 (1943) is the only comic book adaptation of the Hand Christian Andersen fairy tale that serves as the (very loose) basis of the current Disney movie Frozen!

In fact, you may be wondering what the heck is going on since none of this plotline is in Frozen!

In 1943, Walt Disney and Samuel Goldwyn had considered the possibility of collaborating to produce a film biography film Hans Christian Andersen, where Goldwyn's studio would shoot the live-action sequences of Andersen's life and Disney would create the animated sequences.
But, due to creative differences, the project was cancelled.
Goldwyn went on to produce his own live-action film version in 1952, entitled Hans Christian Andersen, with Danny Kaye as Andersen.
But, the Disney studio didn't give up on adapting Andersen's stories into animation, as we will see tomorrow...
Posted by Britt Reid at 12/04/2013 11:54:00 PM