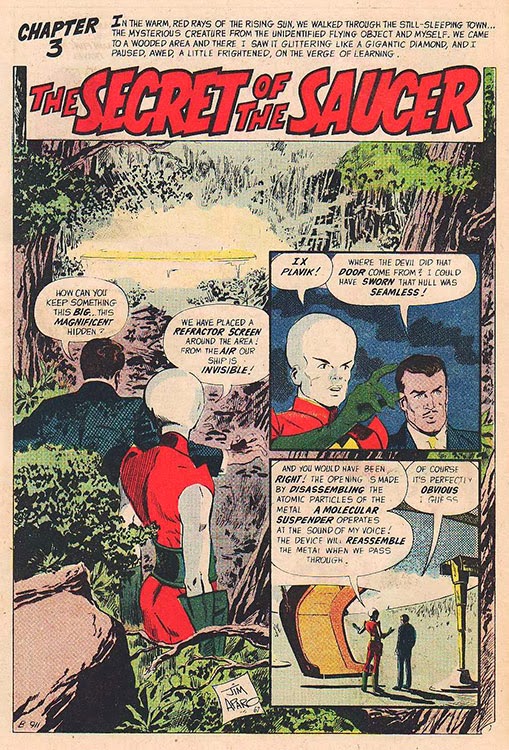 ...now he's encountered an alien who saved him (and the town) from a biolgical weapon stolen by a Communist spy.
Now,  Mann is taken into the flying saucer where he's about to (as we said in the 60s) "blow his mind"... 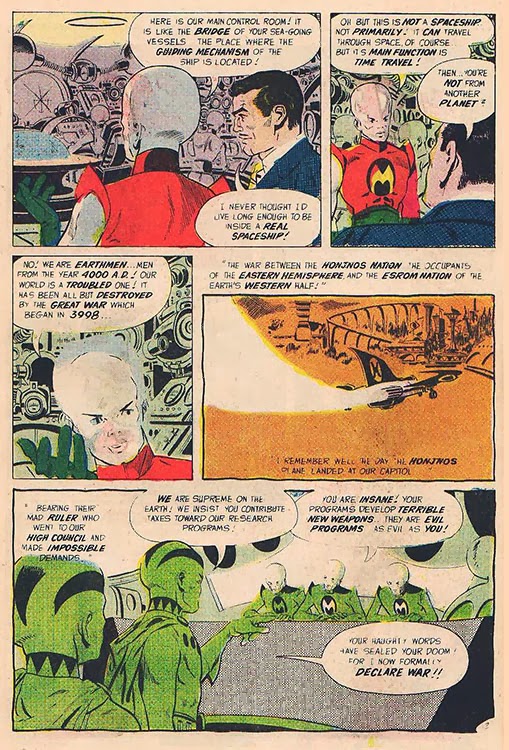 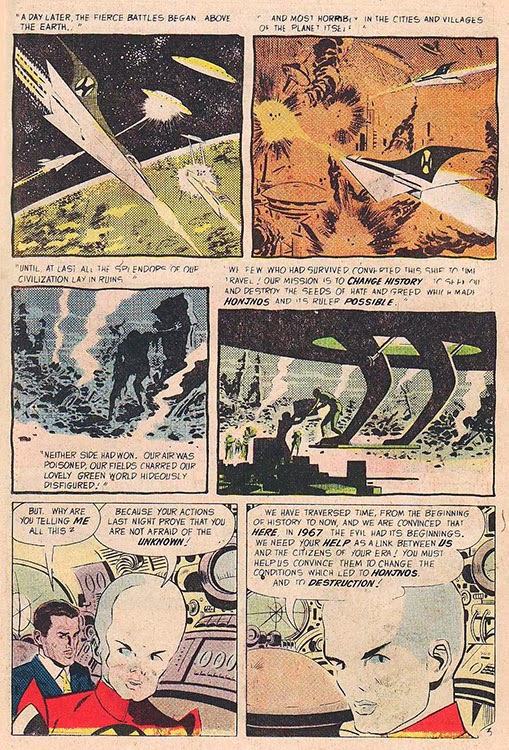 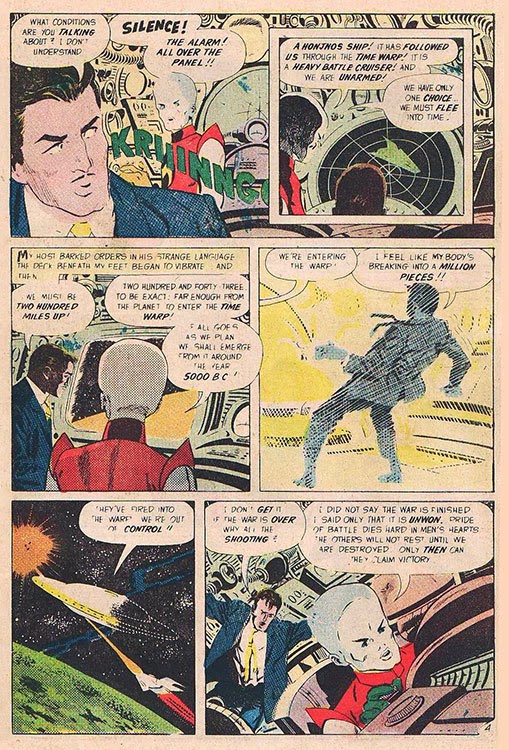 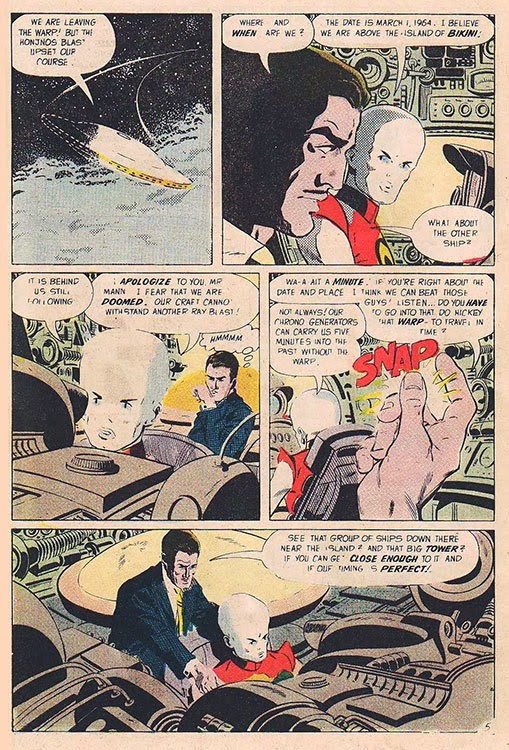 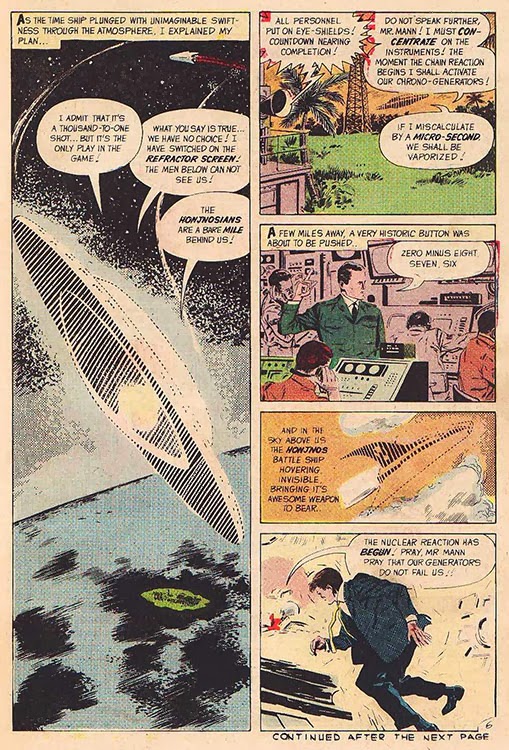 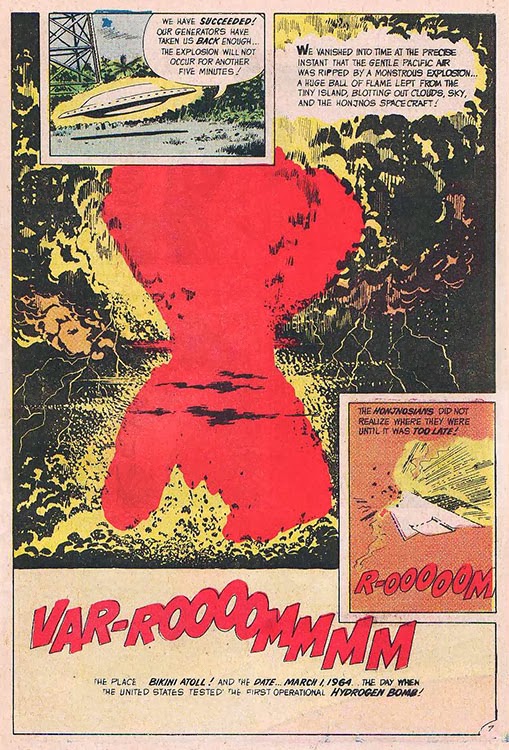 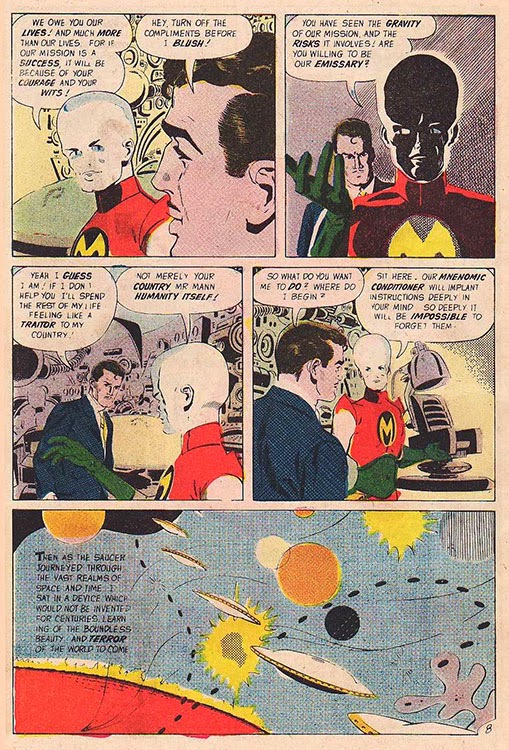 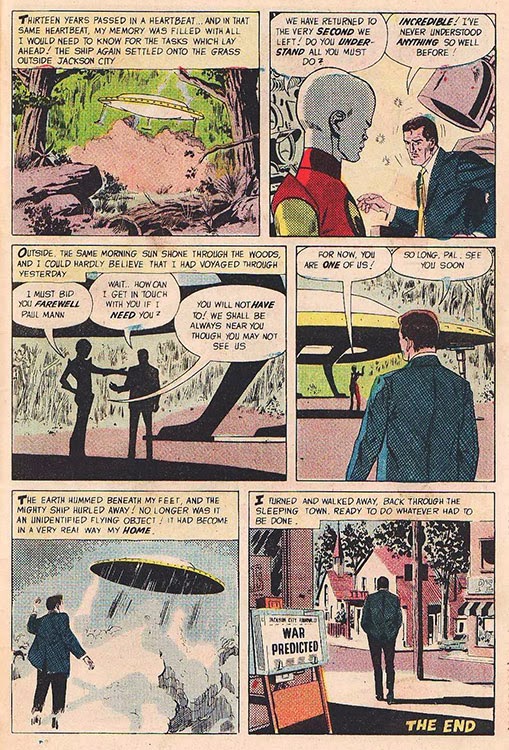 The finale of this book-length tale from Charlton's Space Adventures #60 (1967) was deliberately left open-ended.
A sequel, also using the artist "round-robin" concept, and also written by Denny O'Neil using his "Sergius O'Shaughnessy" pseudonom, appeared almost a year later.
Luckily for you, it'll be on this blog Monday through Wednesday next week!
The art for this chapter was by up-and-comer Jim Aparo, who started at Charlton and went to DC when editor Dick Giordano moved there and offered him, Pat Boyette, Steve Ditko, and writers Denny O'Neil and Steve Skeates work after Charlton cancelled all their super hero and adventure/sci-fi titles in 1968!
Aparo became DC's primary Batman artist during the 70s and 80s as well as handling other series like Aquaman and Phantom Stranger.
Visit
The Future WAS Fantastic!