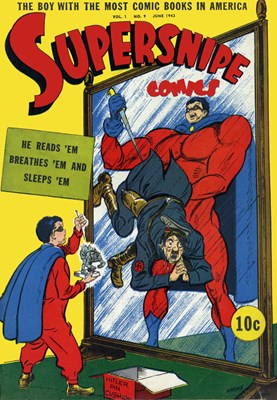 ...but even we are mere poseurs compared to Koppy McFad, aka SuperSnipe!
In one of the first comics metafictions, Koppy was a kid who read comics and then daydreamed about being a superhero himself, including interacting with other comics characters, who were fictional characters in his world, as well as real-life villains like Adolf Hitler!
Debuting in the back pages of Shadow Comics, he appeared briefly in Doc Savage Comics, then transferred to Army & Navy Comics, becoming so popular that the book was retitled SuperSnipe Comics as of #6!
In fact his appearance in Army & Navy Comics #5 (1942) was so important, it featured the only time Doc Savage and The Shadow appeared together (albeit in a cameo) in any story before the 1990s...as you can see below! 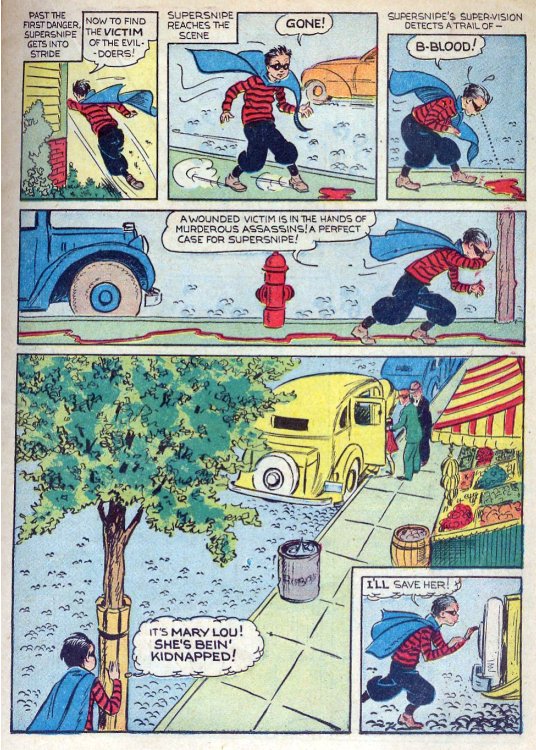 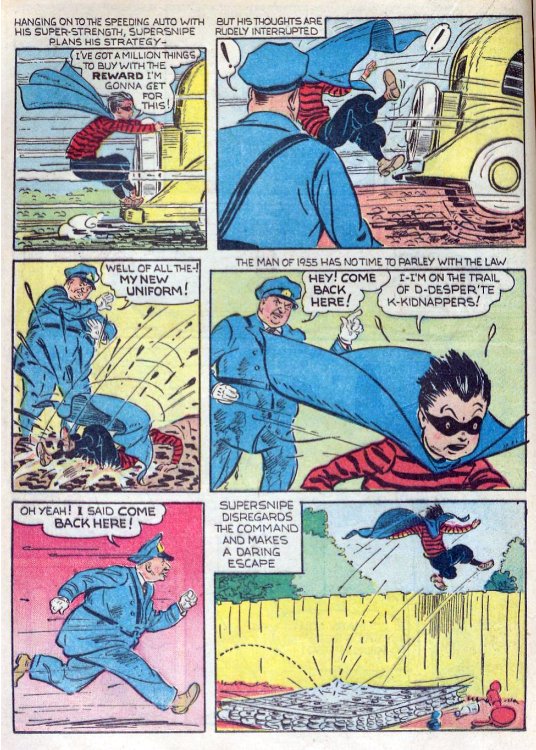 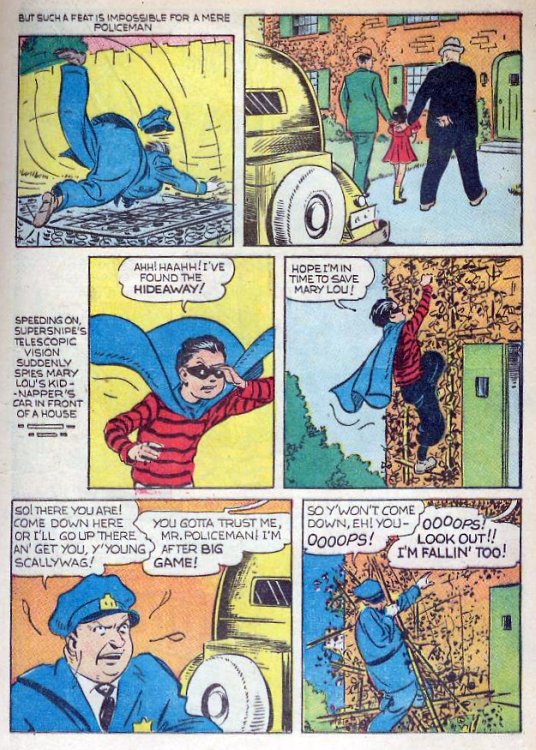 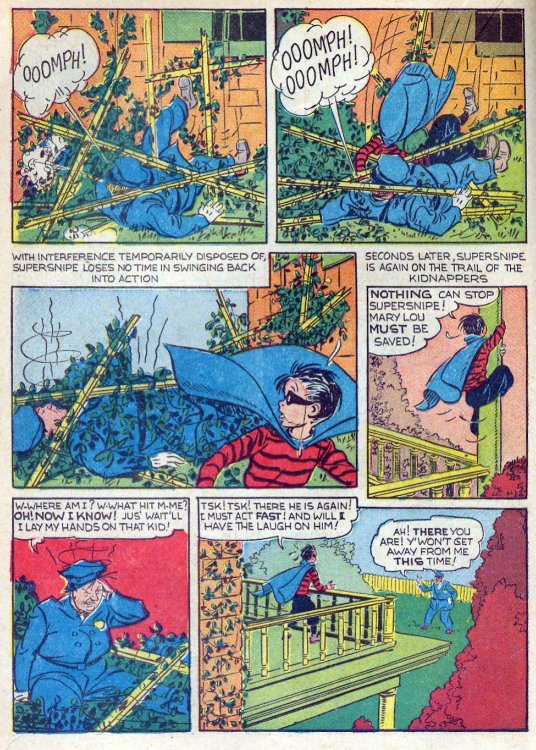 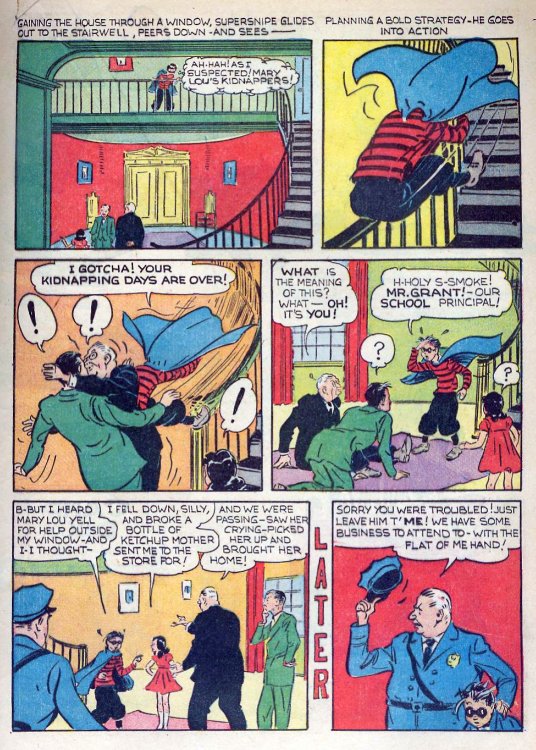 BTW, you'll note that Koppy didn't start wearing the trademark red underwear (as seen in the cover at the top of the entry) until he gained his own title...
Ironically, SuperSnipe outlasted most of the superheroes who inspired him, with his title's run ending in late 1949.
Story and art by George Marcoux, an underrated master of humor comics with over 200 stories and covers to his credit.
In an amazing feat, Marcoux was the only writer or artist to render SuperSnipe during his run!
(How many characters have that distinction outside of a mini-series?)
Curiously, his adventures haven't been reprinted, resulting in his comics being among the most expensive on eBay and other venues! 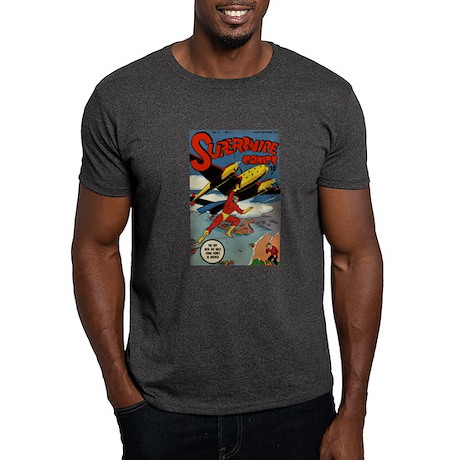