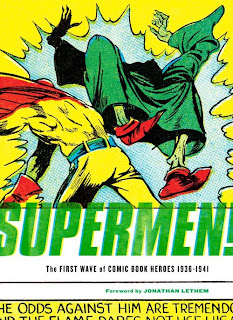 We at Atomic Kommie Comics™ are ecstatic that some of the "lost" classics of the Golden Age of Comics are being made available to a graphic novel-hungry audience in the magnificent new tome SUPERMEN! The First Wave of Comic Book Heroes! Fantagraphics has done absolutely spectacular work with previous 1930s-40s reprint albums and follows thru here equally well with a handsome volume worthy of any fan's library!)
We believe that Supermen! would make a great graduation or birthday gift for the graphic story aficionado in your life, especially when combined with one of the Golden Age-themed goodies from our Lost Heroes of the Golden Age of Comics™ collection, which features some of the exhibited heroes including...
Blue Bolt, The Claw, The Clock, DareDevil, The Face, The Flame, Marvelo, Silver Streak, SkyMan, and Sub Zero, in some cases, using the same cover art, on t-shirts, mugs, messenger bags, and other assorted items
Note: Marvelo & Sub Zero are in the Solo Heroes section, since we only have one cover for each character (at present) 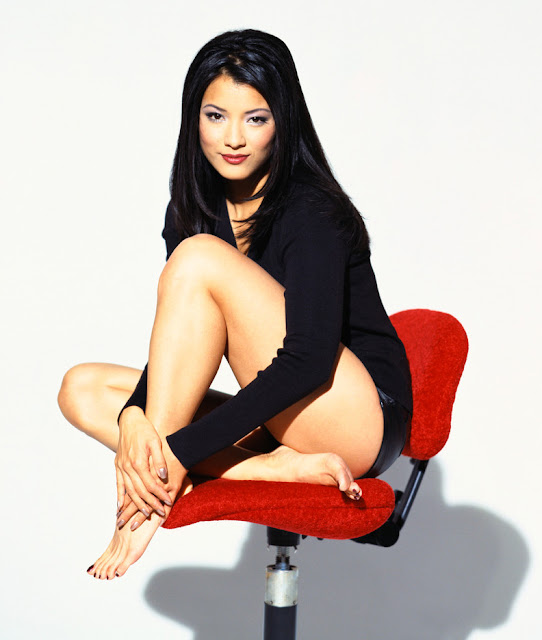 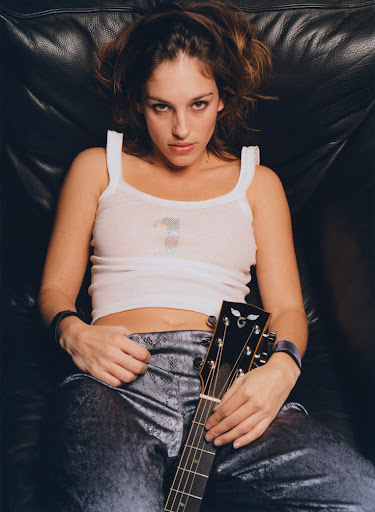 It's the dream of every actress...
In Los Angeles less than a month, Amy Jo auditioned for, and won, the female lead in a new tv series.
The series was Mighty Morphin Power Rangers, and the role of Pink Ranger alias Kimberly Hart gave her both financial security and the chance for other, meatier roles.
Those roles have included parts in several tv series, including Felicity and What about Brian?

, as well as films including SweetWater,

a biopic where she portrayed singer Nancy Nevins and performed several songs.
Currently, she's appearing in the police procedural FlashPoint.

Trivia:
Her character on FlashPoint was wounded and placed on leave so the actress, who was pregnant when the series started filming, could have a baby.
She convinced the producers of Felicity

to make her character, originally a dancer, into an aspiring composer / singer so she could write and perform her own music on the series and the show's soundtrack.
She's released a couple of albums of her own material! 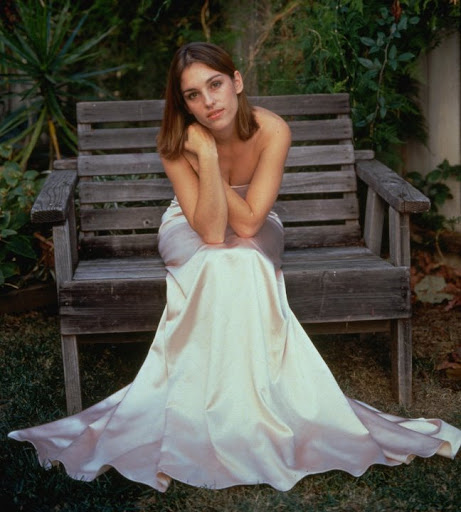 While there have been numerous Pink Rangers since Kimberly, they've been different characters, so I'm not listing them, or the actresses who played them, here...
Posted by Britt Reid at 4/02/2009 05:19:00 PM 1 comment: 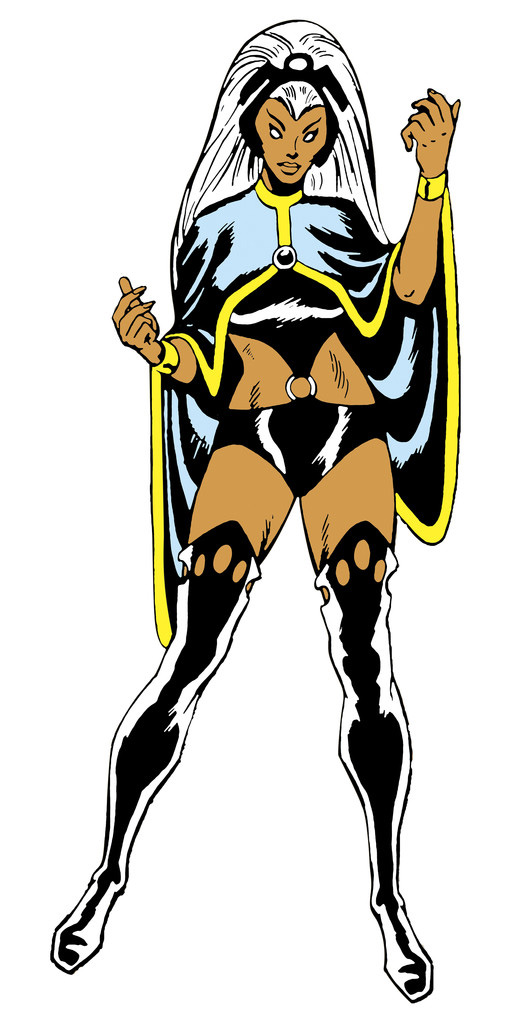 In place of my usual pithy prose, the first in an ongoing series of costume comparisons between comic and live-action versions of characters.
First up:
Storm's original Dave Cockrum-designed costume 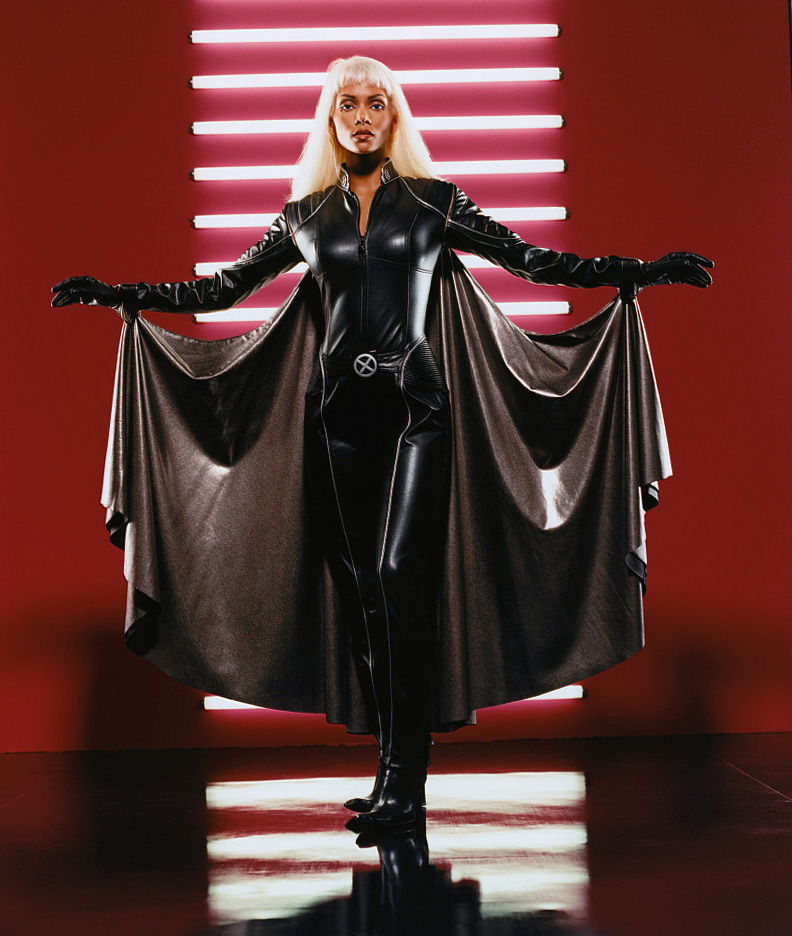 and the film version as worn by Halle Berry in the first X-Men film.
Ain't it a shame they didn't let her wear the comics version? ;-) 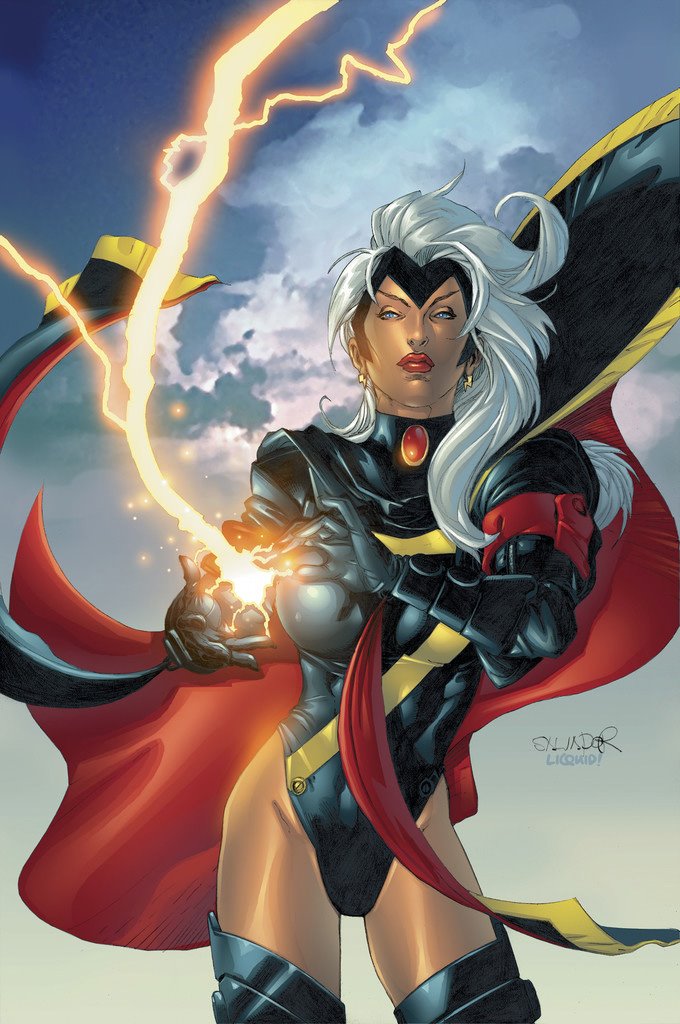 Interestingly, they modified the comics version to somewhat reflect the movie's design...
Posted by Britt Reid at 4/01/2009 02:28:00 AM No comments: 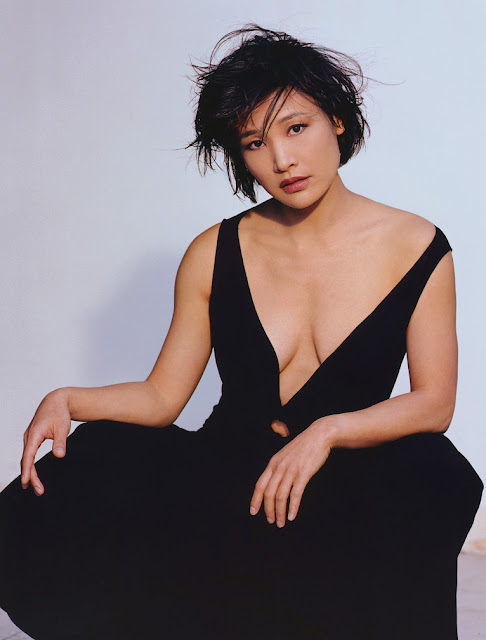 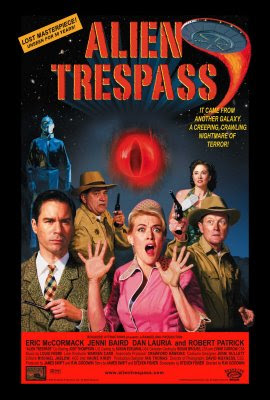 UNSEEN FOR 50 YEARS!
Well, actually it's a recently-produced flick in the vein of Lost Skeleton of Cadevra.
It's both a tribute to and spoof of 1950s horror films.
LOST MASTERPIECE!
That remains to be seen, and hopefully I'll see it when it opens this weekend...
The poster and lobbycard graphics look appropriately retro.
The trailer is entertaining.
The casting seems good. Robert Patrick, Dan Lauria, and Erik McCormack all have genre cachet.

This is the sort of pic I personally look forward to for the sheer fanboy joy of it.
(Half the fun is spotting influences and references to earlier films.)

The NY Times Online has an overview of the movie along with trailers from 50s sf flix.

And, ('cause you just knew we were gonna tie this in to our own stuff) if you're into 1950s sci-fi flix, have a look at Atomic Kommie Comics™ nifty Martians, Martians, Martians™ and Horror--or Horrible?™ pop culture kitch collections!
Yep, T-shirts, mugs, messenger bags, and other kool kollectibles featuring exciting movie poster art from such alien invasion classics as Devil Girl from Mars, They Came from Beyond Space, Astro Zombies, Green Slime, I Married a Monster from Outer Space, War of the Worlds, even Plan Nine from Outer Space, are only a mouse-click away!
Who in the 1950s thought that would've been possible? ;-)
Posted by Britt Reid at 3/30/2009 12:42:00 AM No comments: 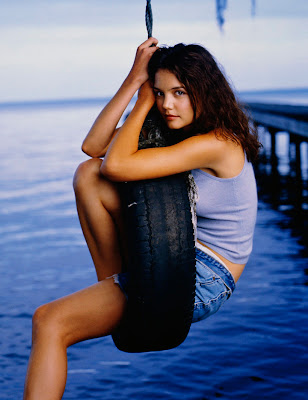 Though she became famous as ingenue Joey Potter on the night-time soap Dawson's Creek, Katie's best-known as the wife of fellow actor Tom Cruise.
It's a shame, because her credits include well-reviewed performances in film (starting with The Ice Storm), tv, and even the Broadway stage!
Trivia:
Rumored to have been offered the lead in the Buffy the Vampire Slayer tv series.
Turned down reappearing as Rachel Dawes in The Dark Knight because it would've kept her away from her daughter, Suri, for too long.
Genre appearances include...
Batman Begins / Batman Begins: the Video Game (Rachel Dawes)
Abandon (Katie Burke)
The Gift (Jessica King)
Muppets from Space (cameo as Joey Potter from Dawson's Creek)
Disturbing Behavior (Rachel Wagner) 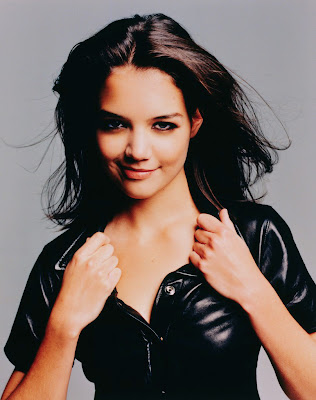 Other actresses to play Rachael Dawes include...
Maggie Gyllenhaal in The Dark Knight & I Believe in Harvey Dent
Emma Lockhart as young Rachel in Batman Begins
Posted by Britt Reid at 3/29/2009 12:02:00 AM No comments: