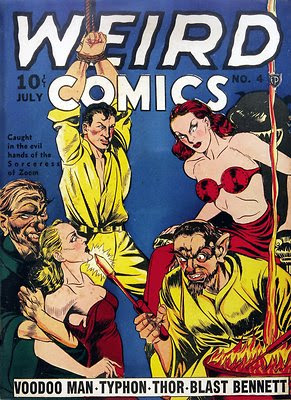 So, if you're looking for pop-culture collectibles featuring a powerful woman who doesn't take s**t from anyone, check out The Sorceress of Zoom!
Now!
Posted by Britt Reid at 8/01/2009 01:18:00 PM