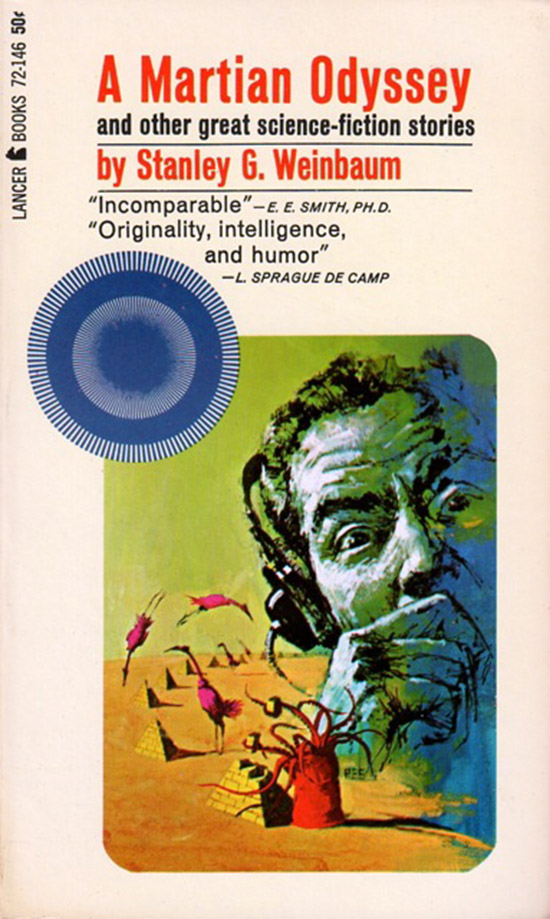 ...the only graphic adaptation of any of forgotten 1930s science fiction writer Stanley G Weinbaum's stories!
Considering no less a sci-fi giant than Issac (Foundation) Asimov said (in a new intro written for this 1970s reprint)... 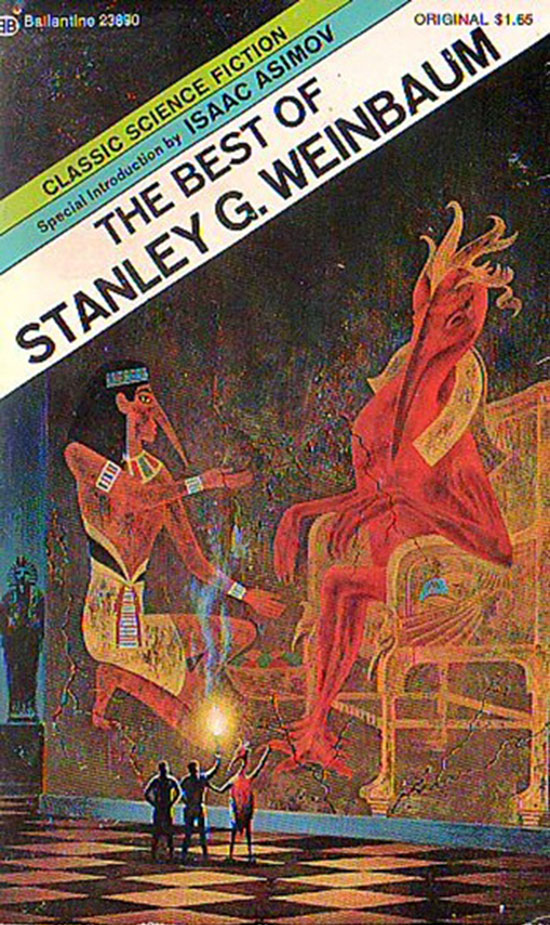 ..."'A Martian Odyssey' had the effect on the field of an exploding grenade.
With this single story, Weinbaum was instantly recognized as the world’s best living science fiction writer, and at once almost every writer in the field tried to imitate him.”
Weinbaum was quite a prolific writer, and produced an enormous amount of work in his lifetime.
So why doesn't anyone remember him today?
Less than two years after "A Martian Odyssey", he died of lung cancer.
Sadly, his novels and short story compilations aren't currently in print, but are well-worth tracking down!
In one of the first examples of "universe-building" all of Weinbaum's "Interplanetary" stories were set in a consistent Solar System that was scientifically-accurate by 1930s standards.
The avian/botanical Martians of "A Martian Odyssey" and "Valley of Dreams", for instance, are mentioned in "Redemption Cairn" and "The Red Peri".
The tripedal Venusian trioptes of "Parasite Planet" and "The Lotus Eaters" are mentioned in "The Mad Moon." The vicious, pseudomammalian pests of that story appear in "Valley of Dreams" as minor antagonists.
The rock-eating, silicon-based Pyramid-Makers of Mars are mentioned in "Tidal Moon".
In Weinbaum's Solar System, in accordance with the then-current science, the gas giants (Jupiter, Saturn, Uranus, Neptune) radiate heat, enough to warm their satellites to Earthlike temperatures, allowing for Earthlike environments on Io, Europa, Titan, and others.
Mars is also sufficiently Earthlike to allow humans to walk its surface (with training in thin-air chambers) unprotected. 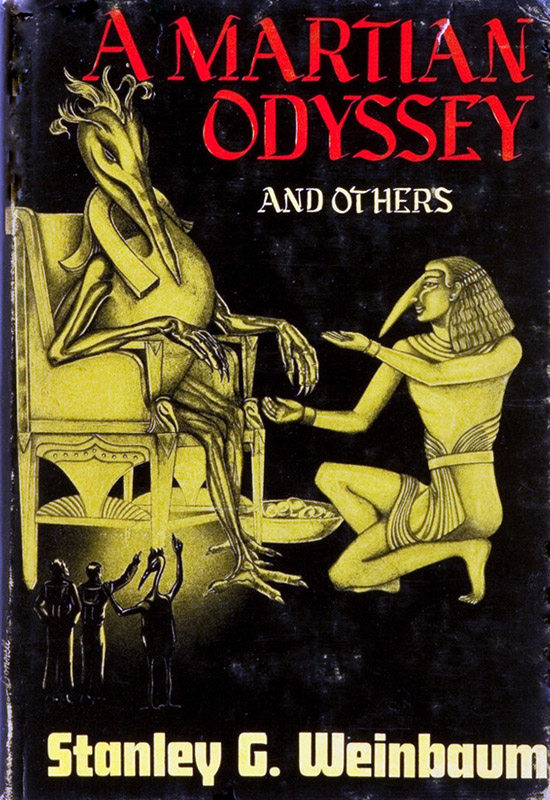 In 1970, when the Science Fiction Writers of America voted on the best science fiction short stories ever written, "A Martian Odyssey" came in second to Asimov's "Nightfall", and was the oldest story to make the list.
The chosen stories were published in The Science Fiction Hall of Fame Volume One, 1929-1964.
Please seek out his work.
You won't be disappointed!
Please Support Atomic Kommie Comics
Visit Amazon and Order... 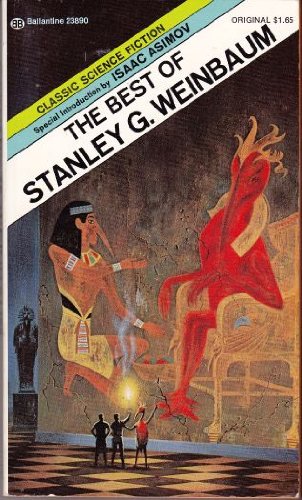