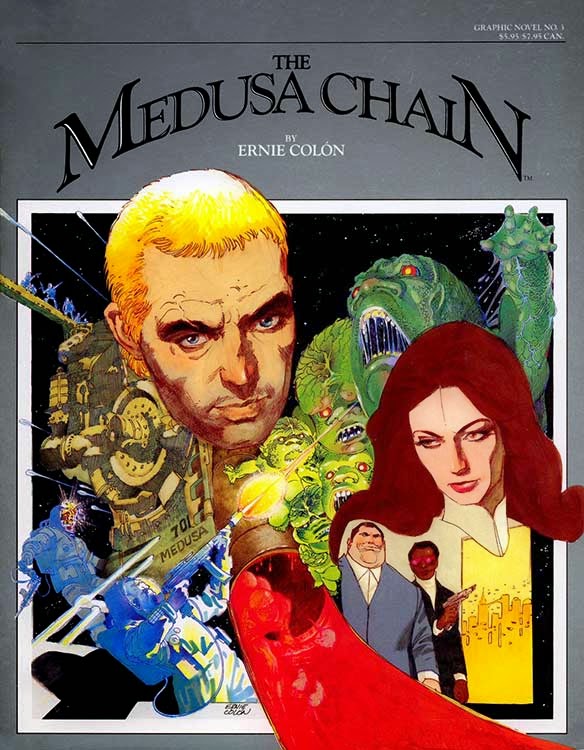 Convicted murderer Chon Adams' 13-year sentence is to serve on the space frieghter Medusa.
As the ship takes off and he's put into suspended animation, he dreams of the incident that resulted in his (wrongful) conviction.
Now in deep space, the Medusa's crew is revived... 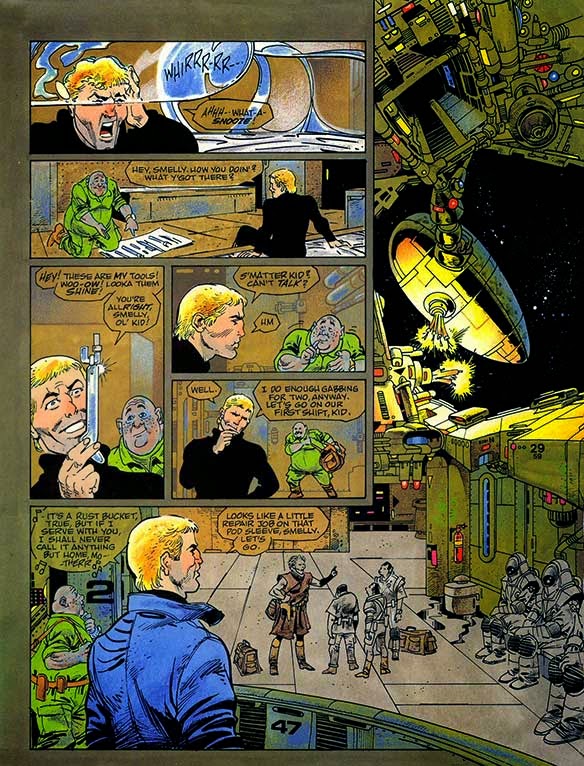 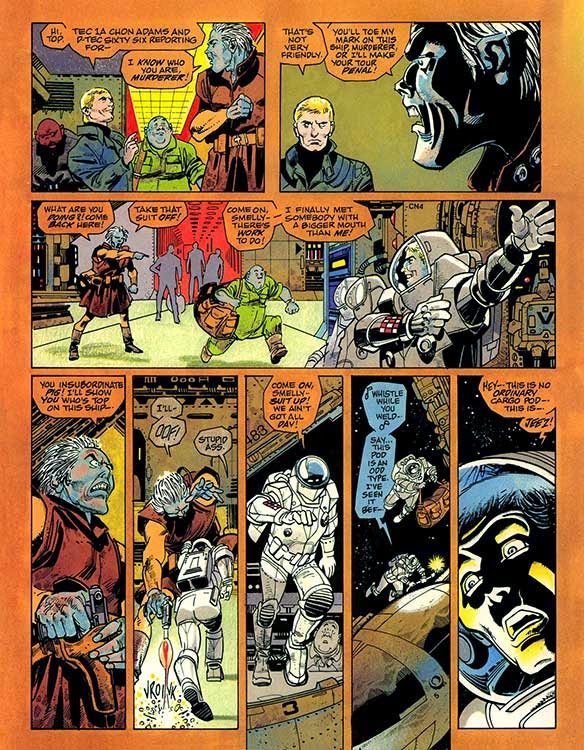 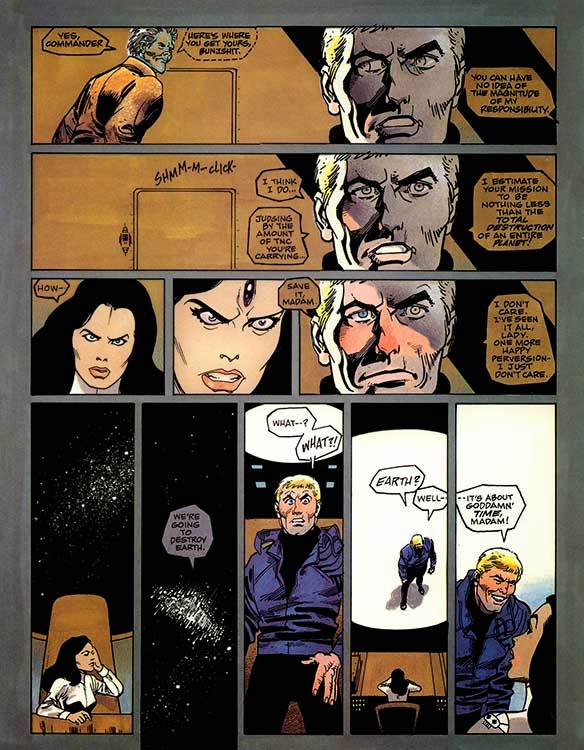 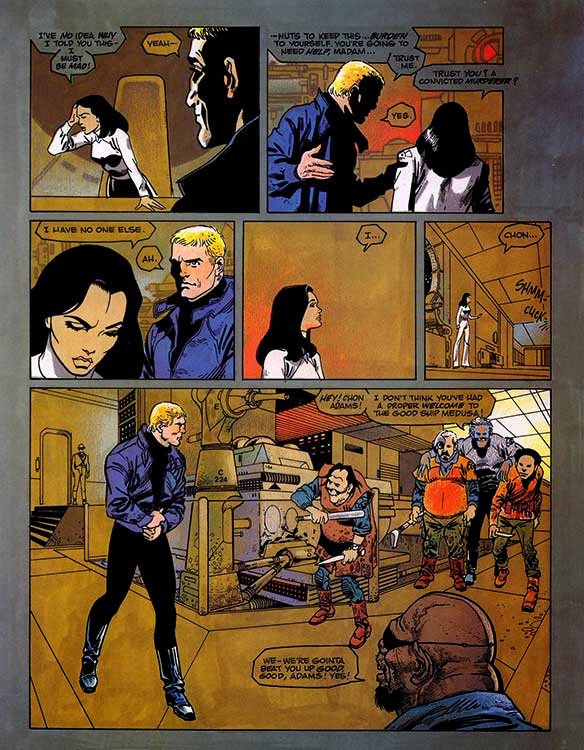 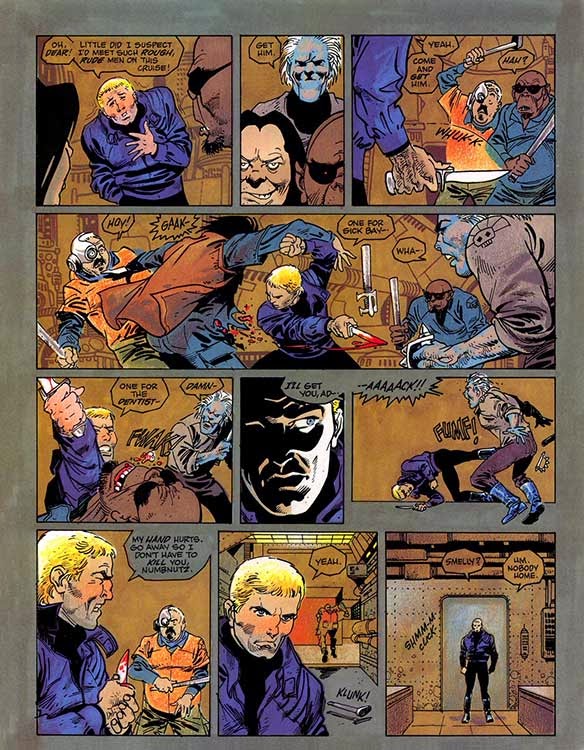 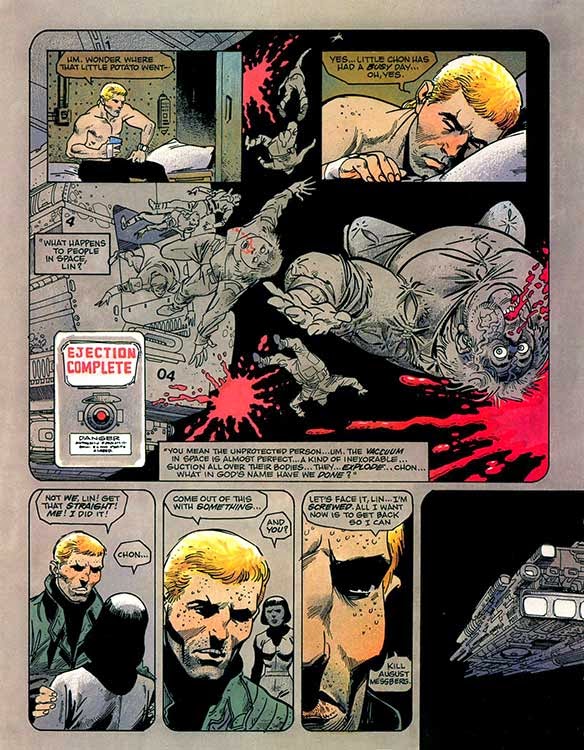 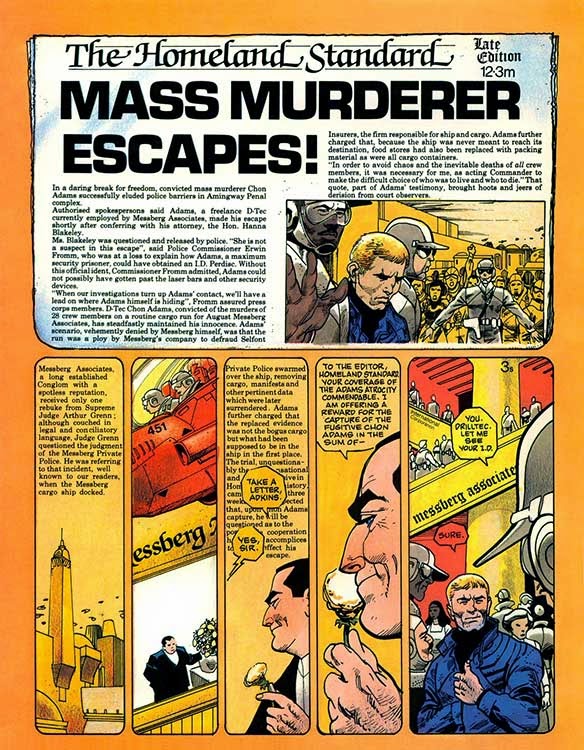 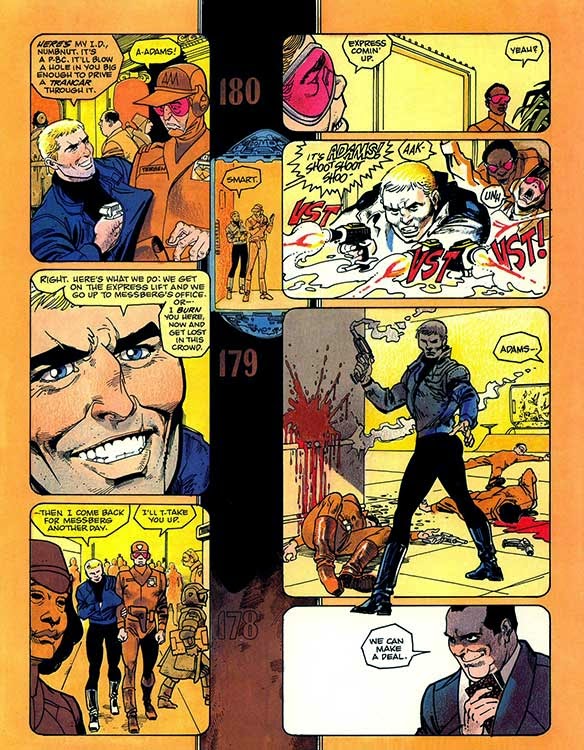 To be continued, tomorrow...

A year earlier, Ernie had been the editor of Green Lantern, and had pushed through a story set in deep space featuring a kid being tossed out an airlock...without a spacesuit! 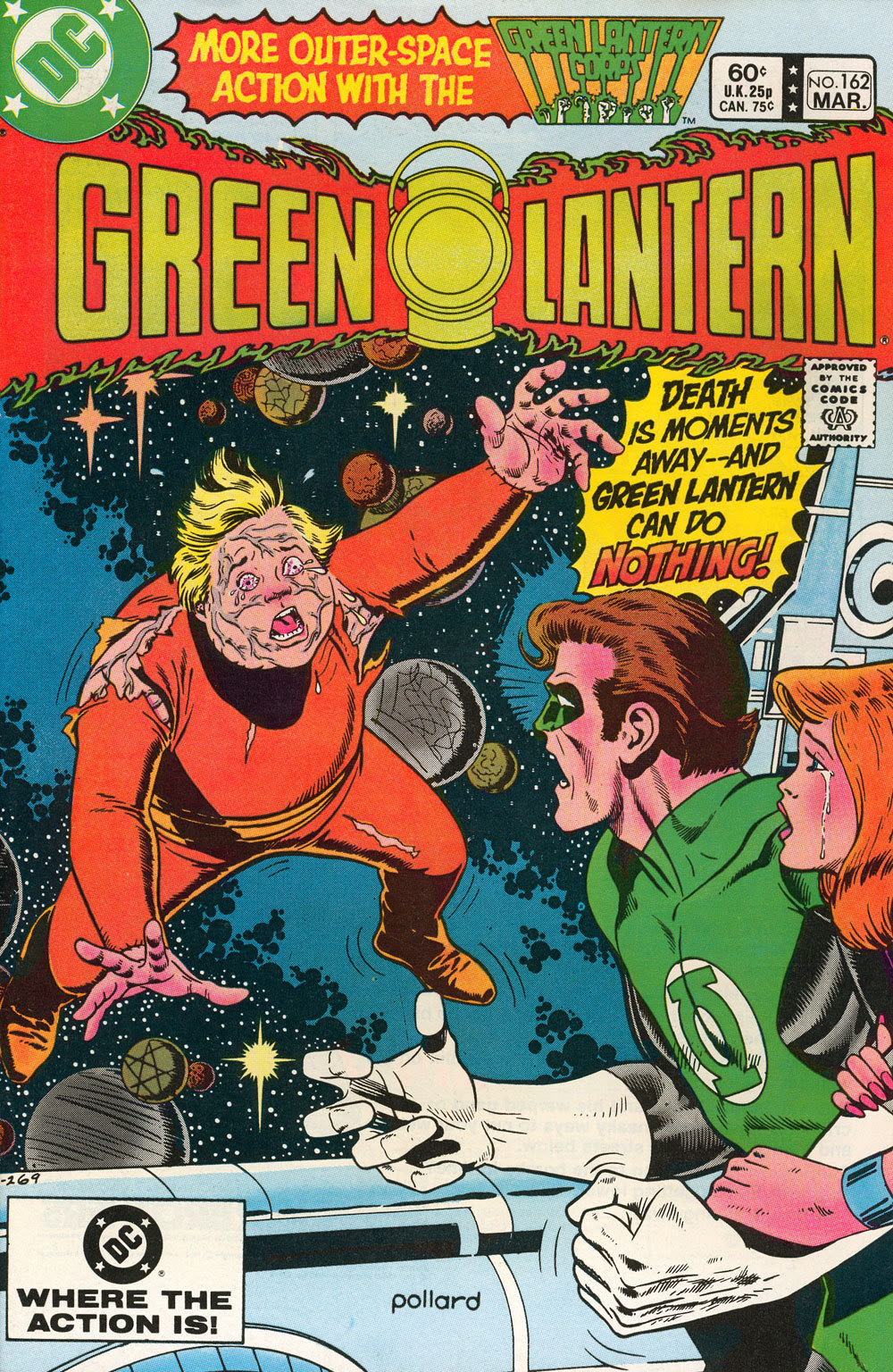 Due to the Comics Code Authority, the art had been toned down, but there was still something of a controversy about it. 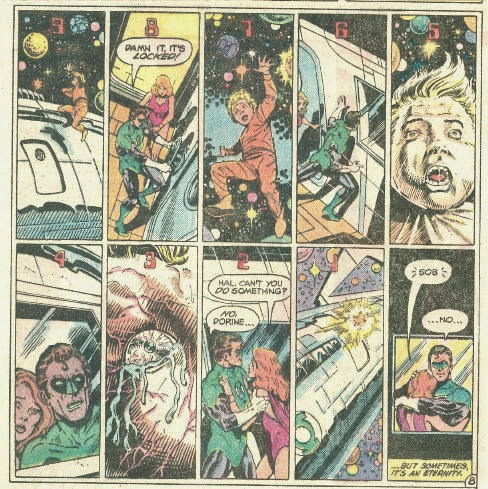 Did the controversy inspire the plotline for Medusa Chain since the graphic novel line's creatives were told there would be no Comics Code interference?
Britt Reid at 9/09/2014 11:38:00 AM
Share