...according to the sadly OOP series Xenozoic Tales! 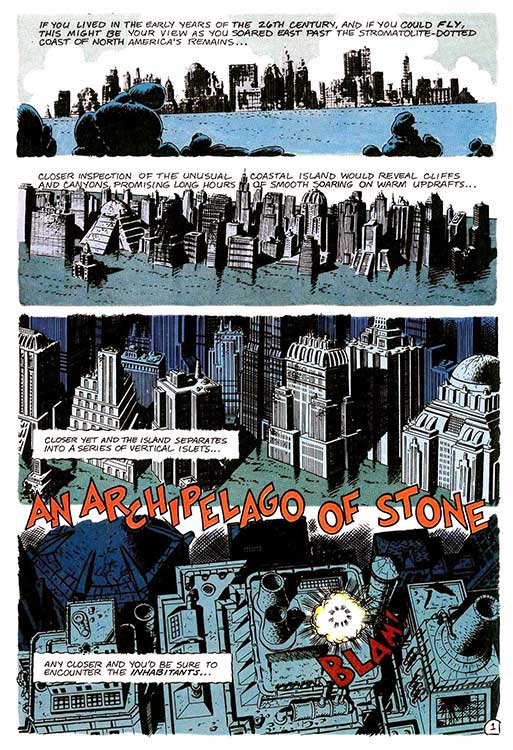 Why hasn't this series, which combined the apocalypse, classic cars, and prehistoric monsters along with excellent writing and art, ever been a multi-media, mass-market favorite like Walking Dead or Game of Thrones? 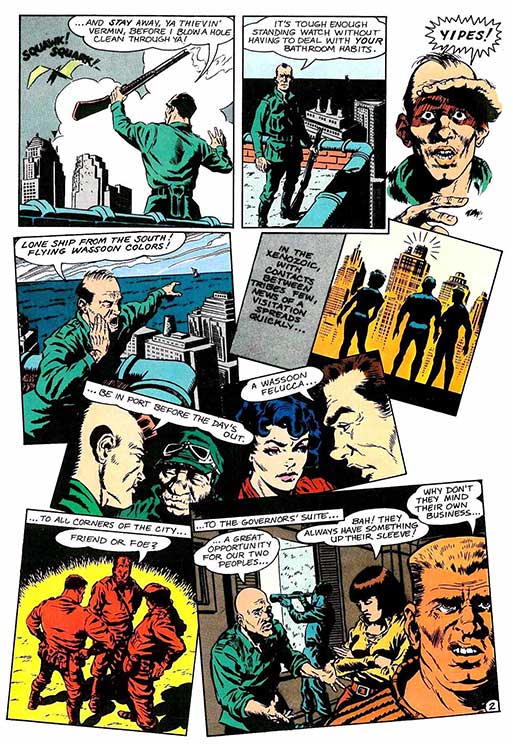 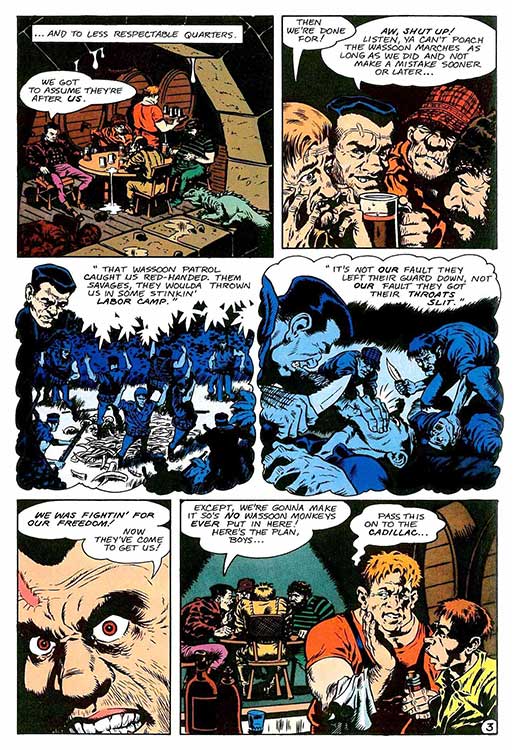 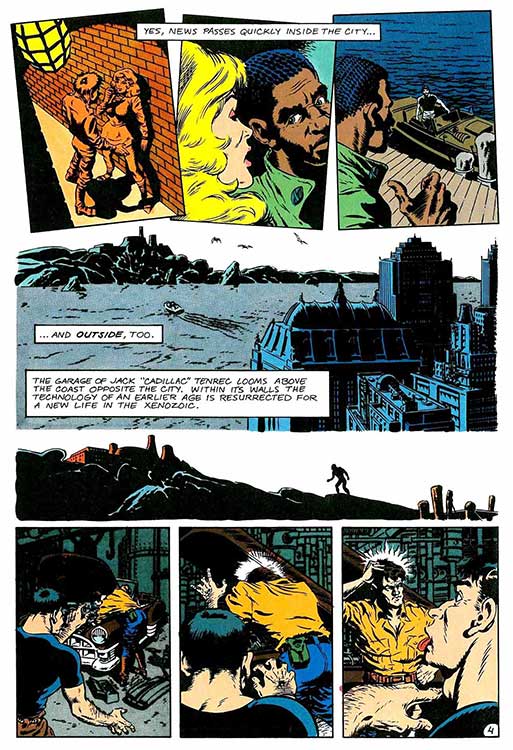 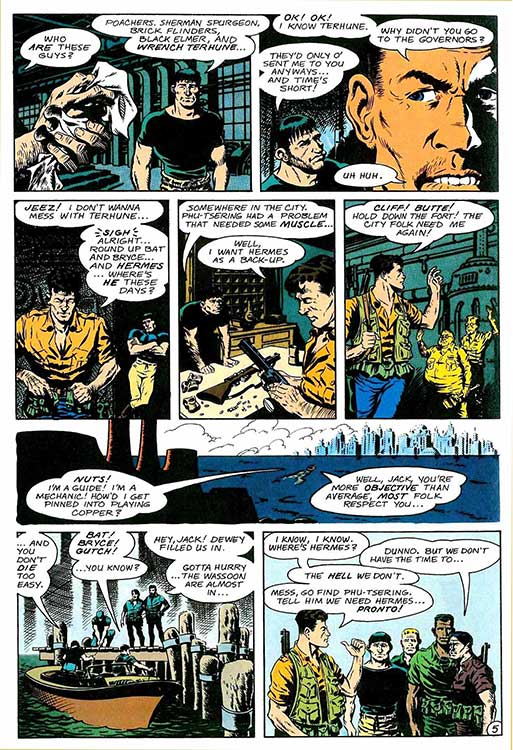 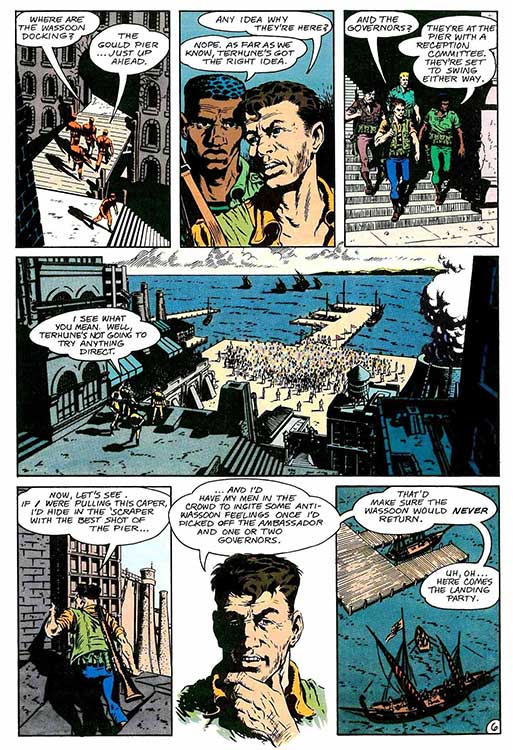 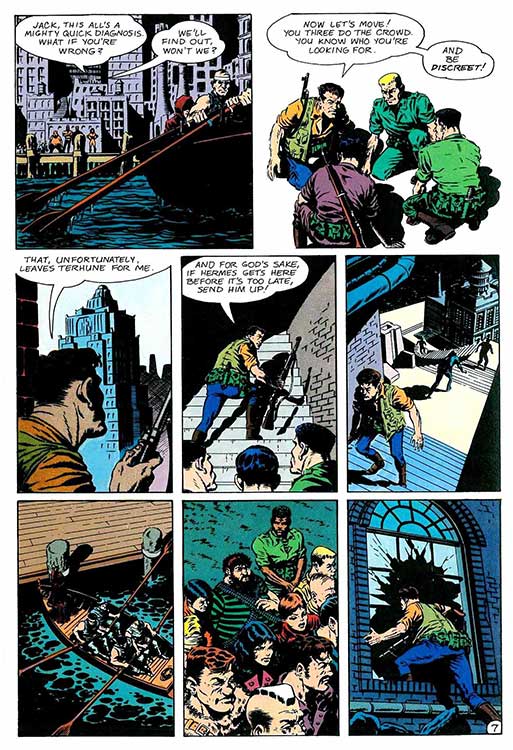 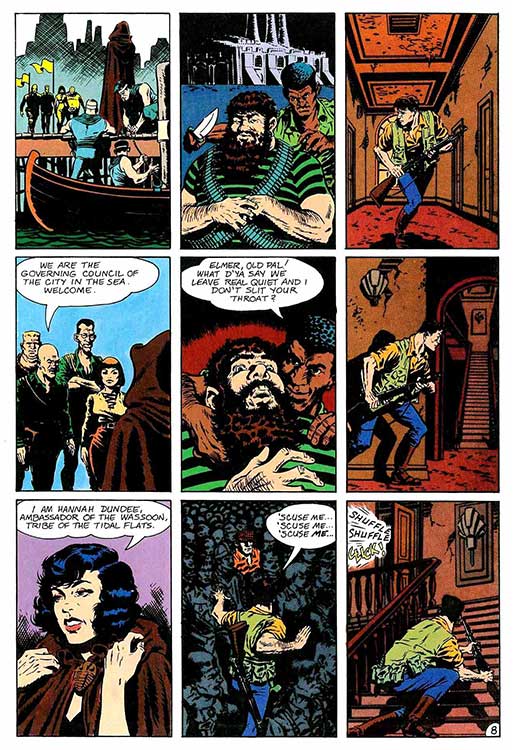 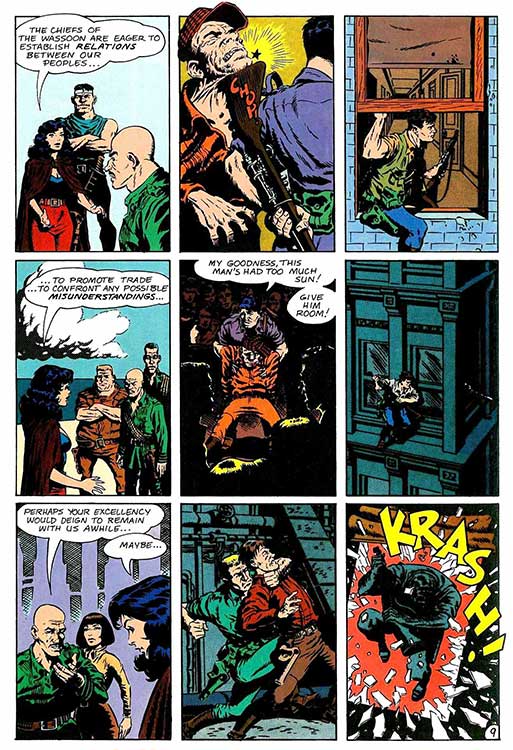 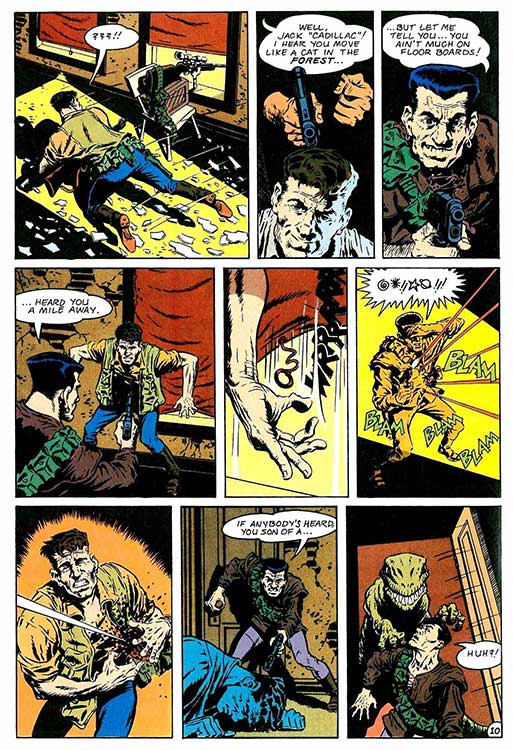 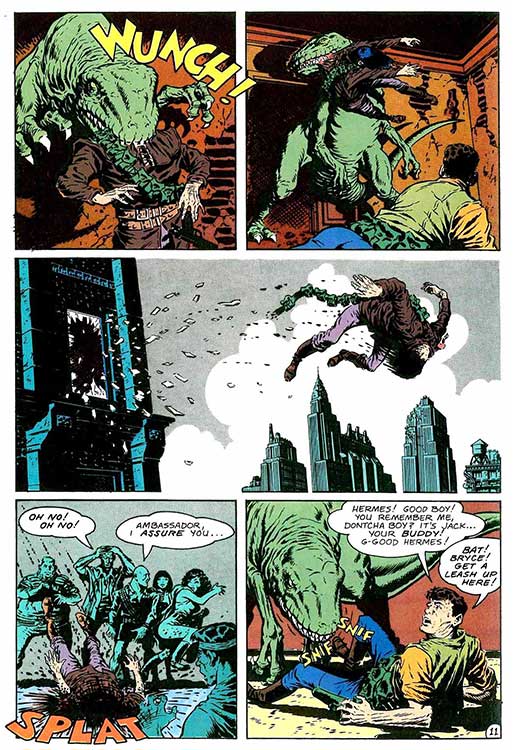 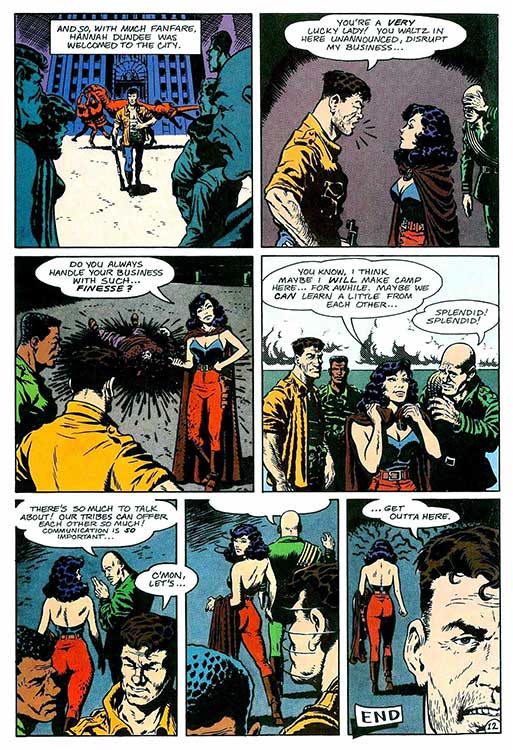 How did all this come about?
This video (ironically, from the video game) explains quite succinctly how in 2020 the world we know will end!


Plotwise and chronologically, this story from Kitchen Sink's Xenozoic Tales #1 (1987), written and illustrated by Mark Schultz, is the first story in the series, featuring Hannah Dundee's introduction to the people of the City in the Sea.
Note: A tale (entitled "Xenozoic") introducing the series to the public, but published a couple of years earlier in Kitchen Sink's Death Rattle #8 (1985) takes place after this story.
When the entire series was reprinted in story-chronological order in Dark Horse hardcovers in 2003, the Death Rattle tale was placed between two stories in Xenozoic Tales #2.
The comic inspired a video game and well-done, but short-lived, animated TV series.
Despite those successes, it still has yet to hit the public consciousness the way other graphic novel properties have.
Perhaps now's the time to revive it? 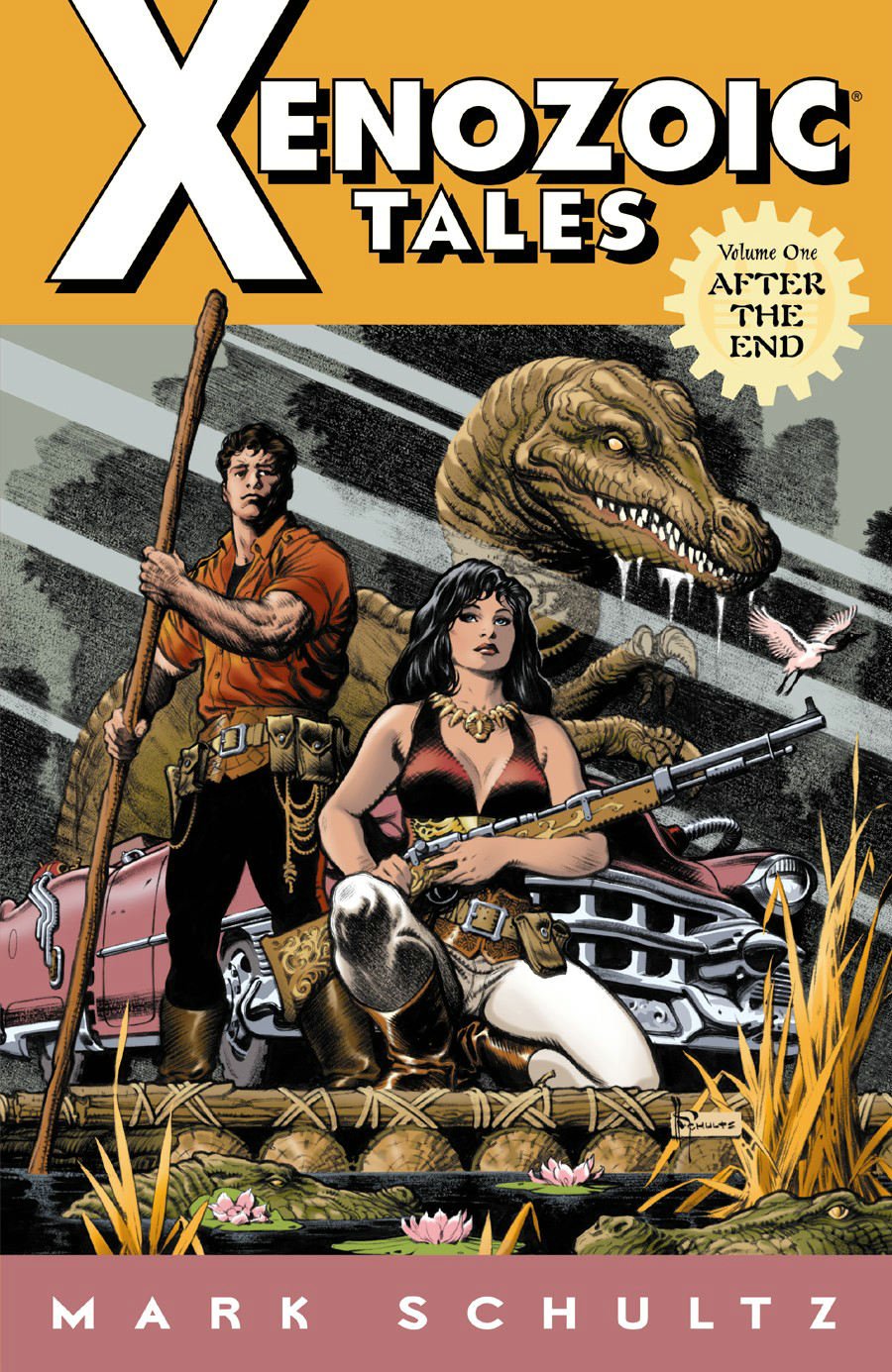