The origin tale of Jesus Christ has, usually, been presented tastefully, even reverently! 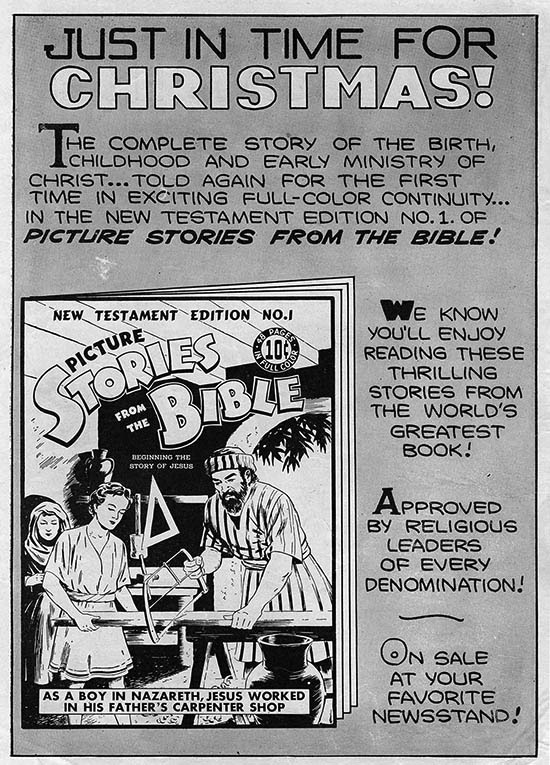 ...and we'll be re-presenting some of them (including never-reprinted material) on Thursdays for the next few weeks!
Let's start with the most-reprinted one of all... 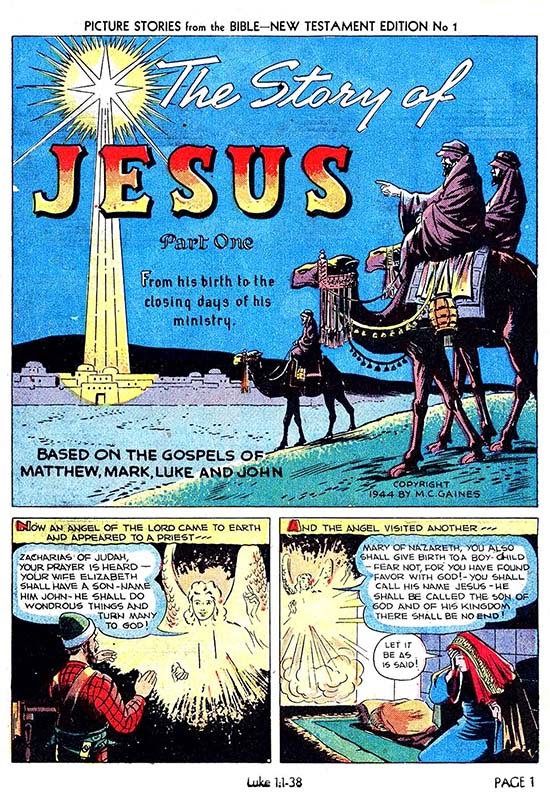 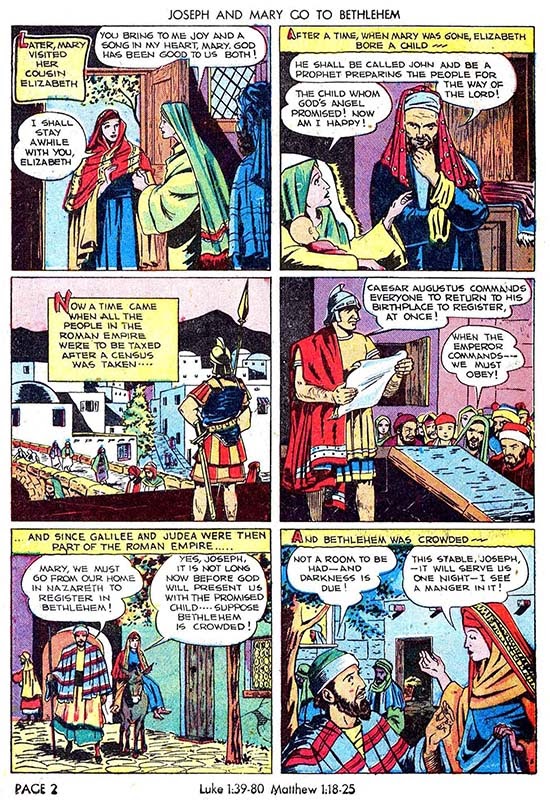 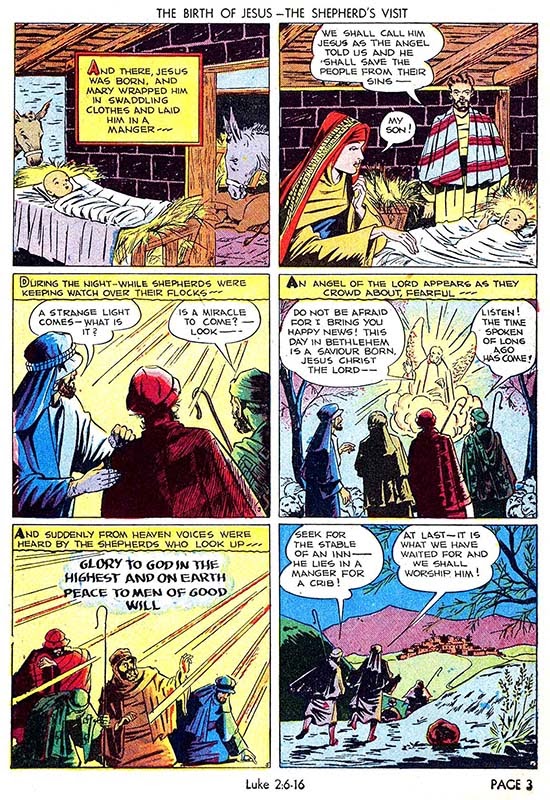 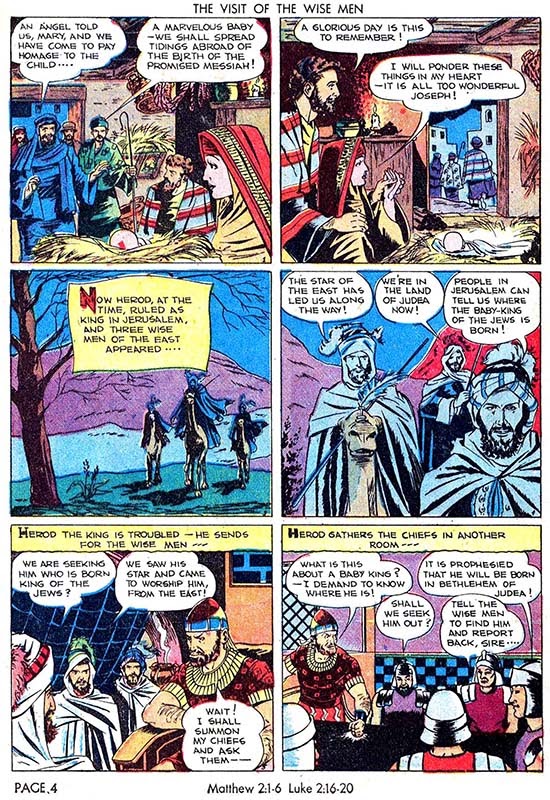 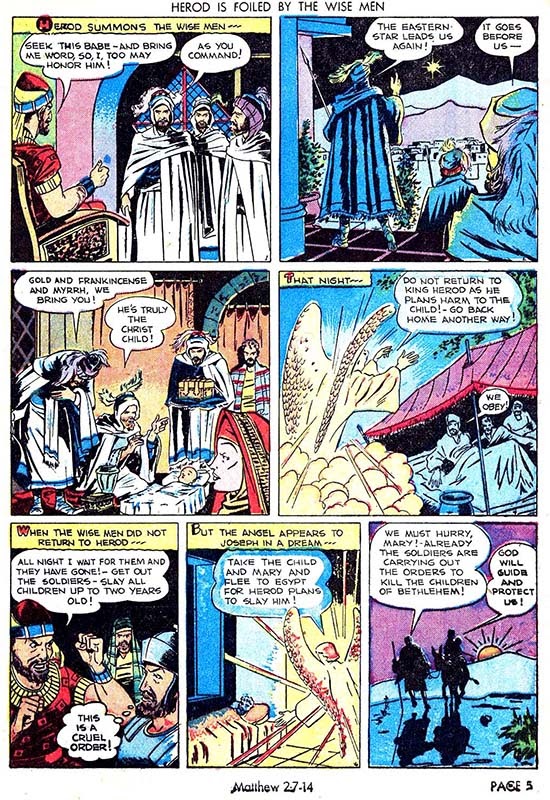 The story continues with a caption mentioning that Mary and Joseph escaped and then takes up with Jesus as a 'tween.
Originally published by All-American Comics under the DC Comics logo in 1942, later editions were done by EC Comics after publisher MC Gaines sold his rights to most of the All-American line to National Allied Publications who combined the two groups into National Periodical Publications.
(National Allied and All-American had been marketing and distributing their books together, usually using the DC Comics logo, which was the result of an earlier buyout of Detective Comics Inc by National!)
Retaining the rights to the Picture Stories series, Gaines used it as the cornerstone of his new EC Comics imprint.
Note: EC Comics, now famous (or infamous) for its horror/sci-fi titles and MAD was originally conceived as Educational Comics with lots of wholesome, young-kid oriented material like Tiny Tots Comics and Land of the Lost!
Don't remember them?
Their sales (except for the Picture Stories of the Bible) were pitiful.
That's why "Educational" Comics became "Entertaining" Comics, though they continued reprinting Picture Stories (but without the EC logo on the front after the whole "Seduction of the Innocent" scare...)
Note: the entire Picture Stories series (including this tale) was written by Montgomery Mulford & Edward Wertheim and illustrated by Don Cameron! 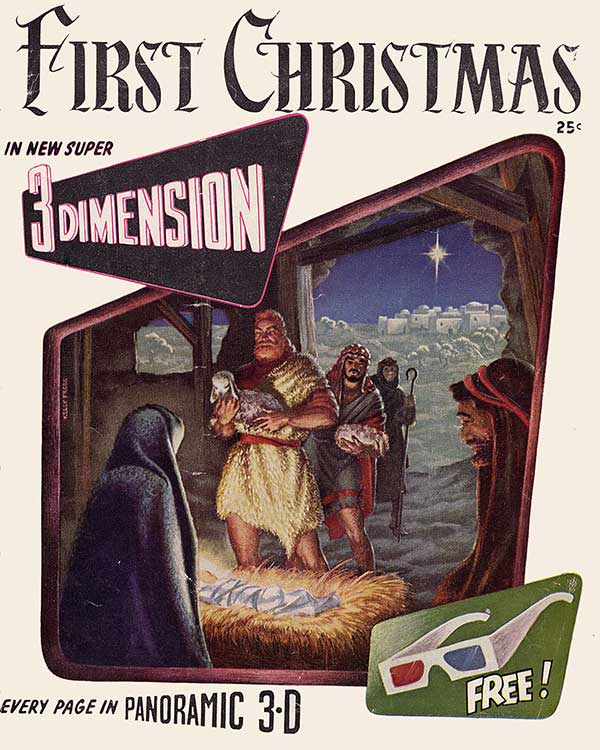