In the '50s you couldn't swing a dead Slime-Cat without hitting an interplanetary policeman... 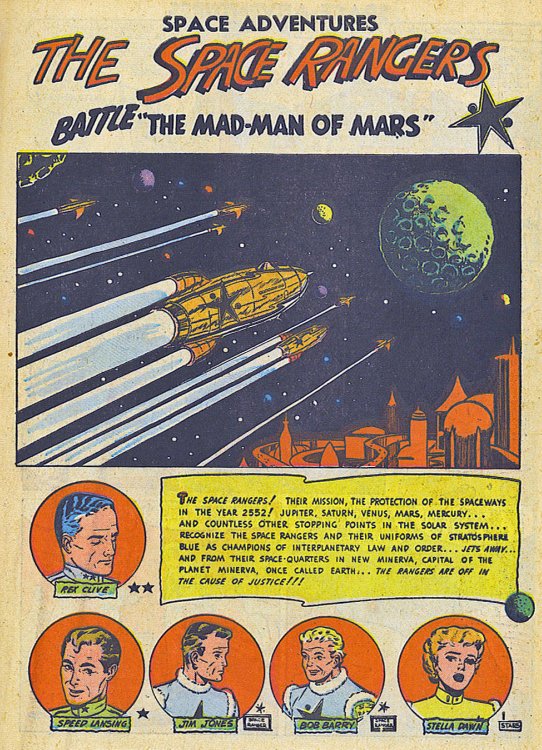 ...so here's the first appearance of Charlton's contribution to the mayhem from Space Adventures #1 (1952)! 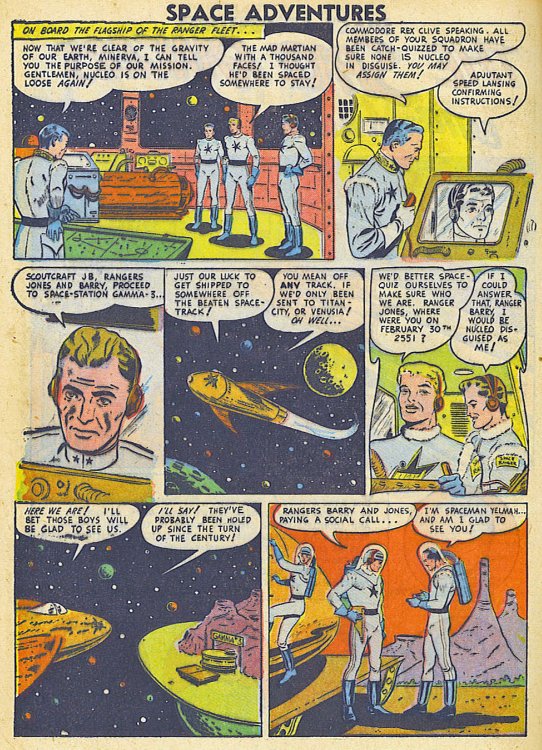 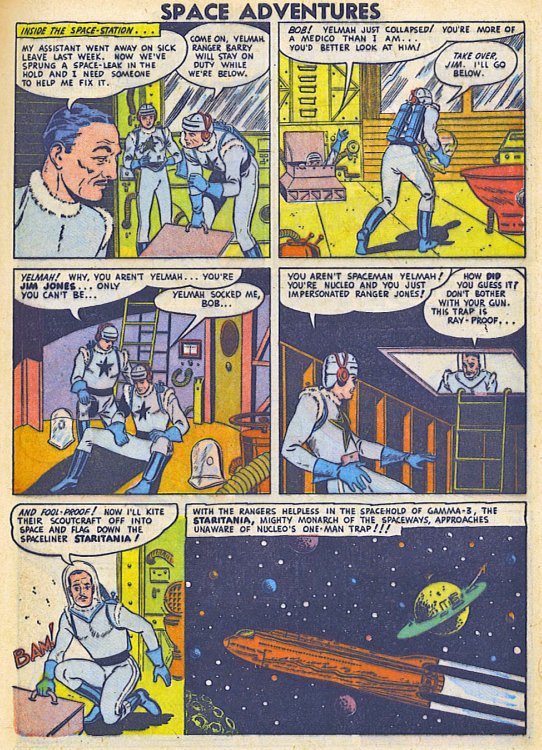 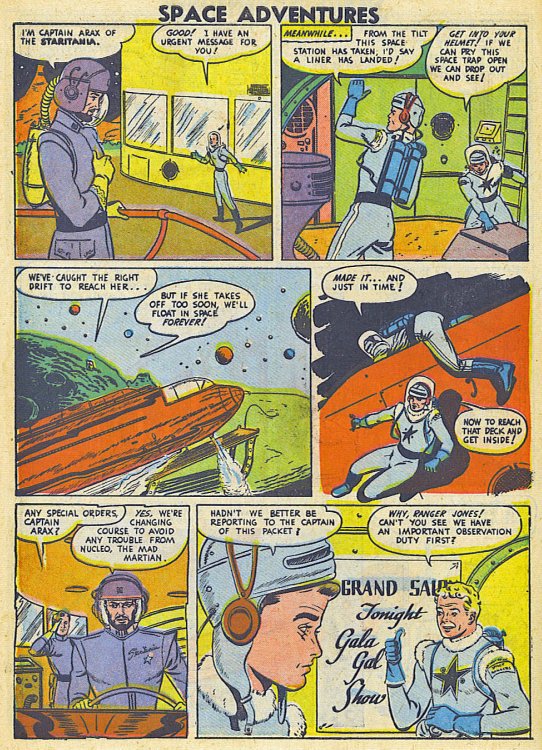 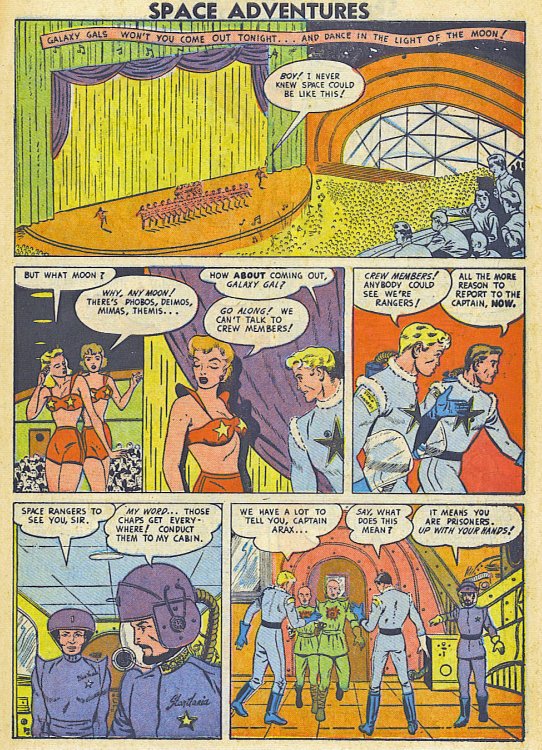 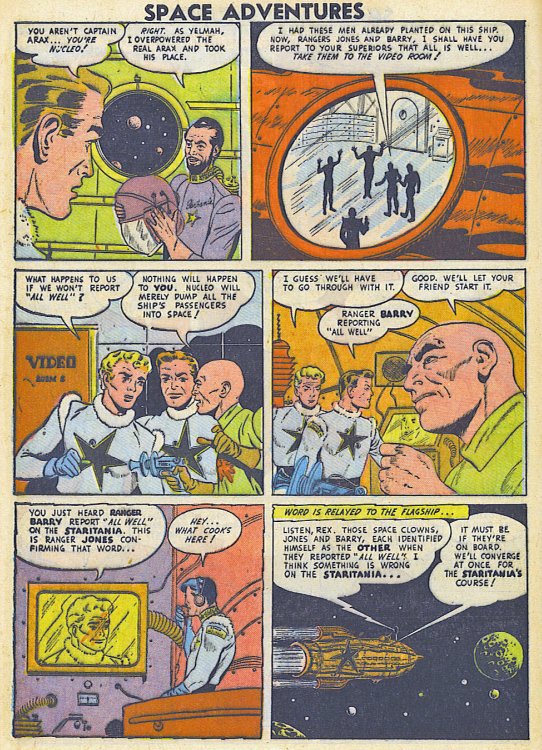 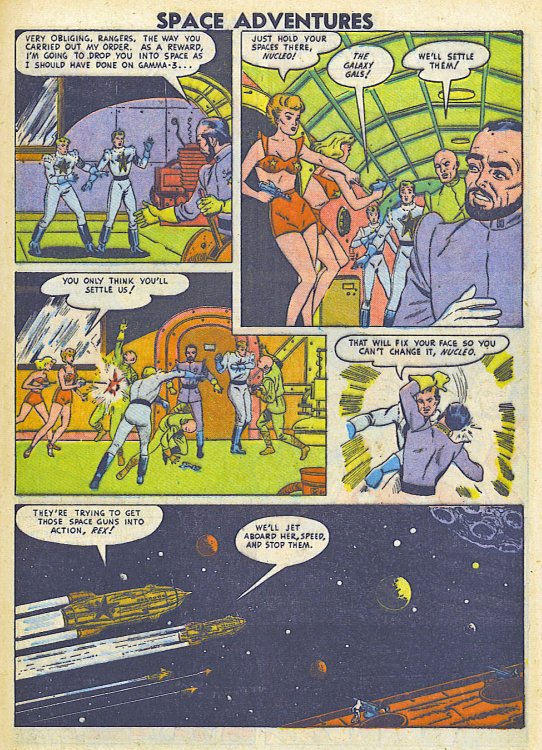 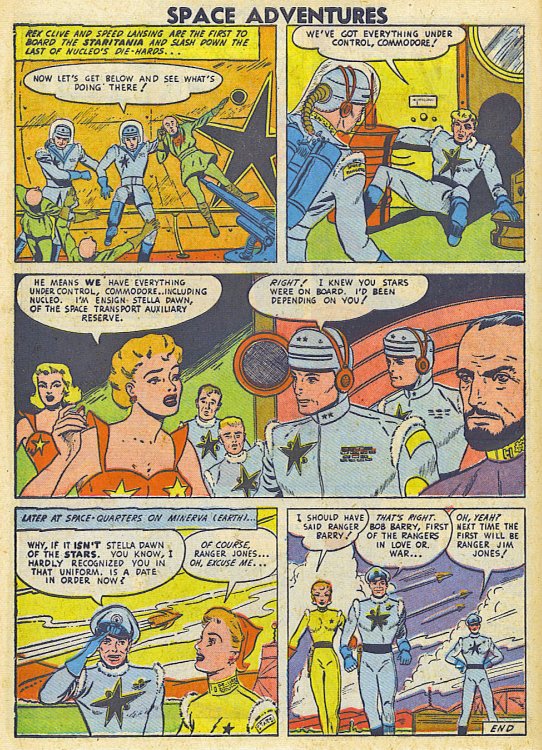 At this point, they're called "Space Rangers", but that won't last long.
In #2, the leader, Rex Clive takes top billing on the strip, which is retitled "Rex Clive and His Space Officers".
Then it becomes just "Rex Clive" until it's final appearance in #7.
Ironically, as of #15, Space Adventures began a new strip adapting a hot new tv show...Rocky Jones: Space Ranger!
I don't think Rex Clive would've found that turn of events amusing...
Illustrated by Lou Morales.
The writer is unknown.
And yes, Space Rangers/Space Officers/whatever will be joining Space Squadron and the Space Sentinels in the Reading Room.
Support Small Business!
Visit
The Future WAS Fantastic! 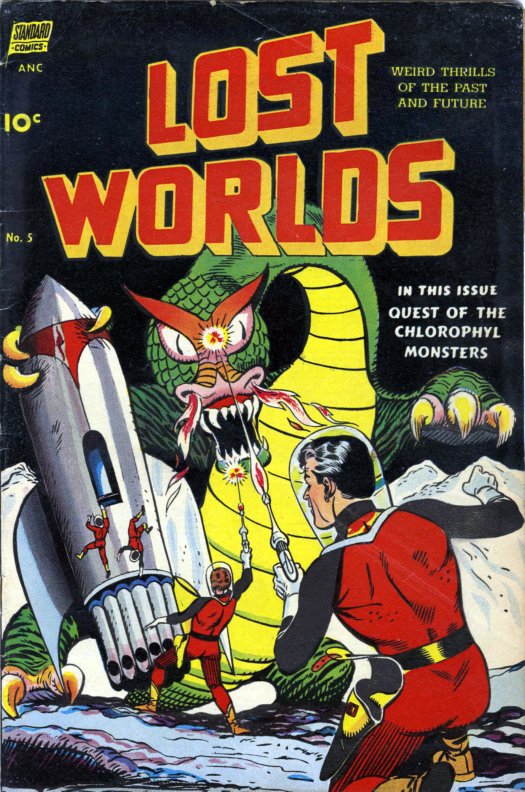 ...none of which lasted more than three issues.
But it wasn't due to lack of quality.
With a contributor list that included Alex Toth, Ross Andru, Mike Sekowsky, Nick Cardy, and Jack Katz, you're talking some of the great and soon to be great storytellers of comics!
But there was one other sci-fi creator who did a story for Lost Worlds, one of only four tales he did for comic books.
Jerome Bixby, novelist and short-story writer, as well as screenwriter whose credits include...
IT! the Terror from Beyond Space!
Fantastic Voyage
Star Trek "Mirror, Mirror" and "Day of the Dove"
and the short story "It's a Good Life" which was adapted on both the original Twilight Zone tv series (by Rod Serling) and the 1983 feature film (adapted by Richard Matheson).
BTW, around the time he wrote this, Bixby had just left his position as editor of the Planet Stories pulp magazine at Fiction House, where he also contributed a couple of text pieces to Planet Comics and Indians (his only non-genre text piece)! 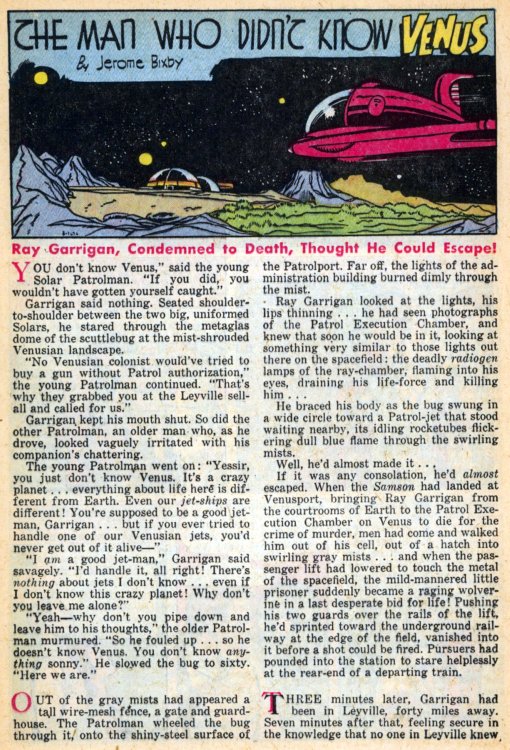 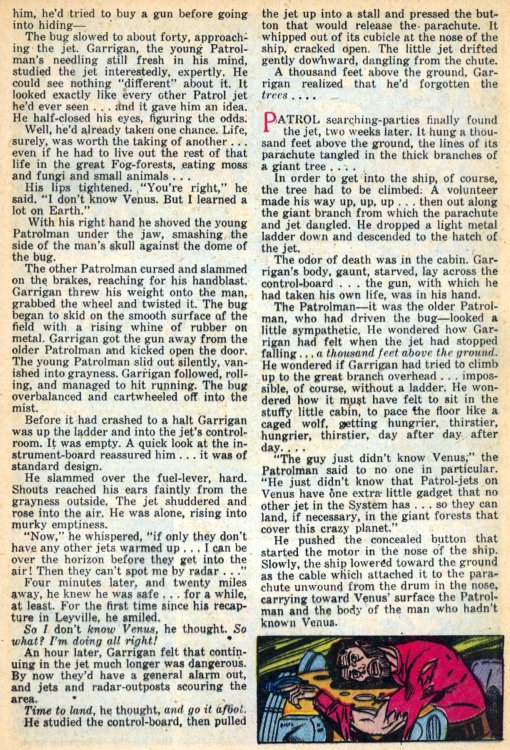 Do you remember how, in 1952, we sent men into space in flying saucers? 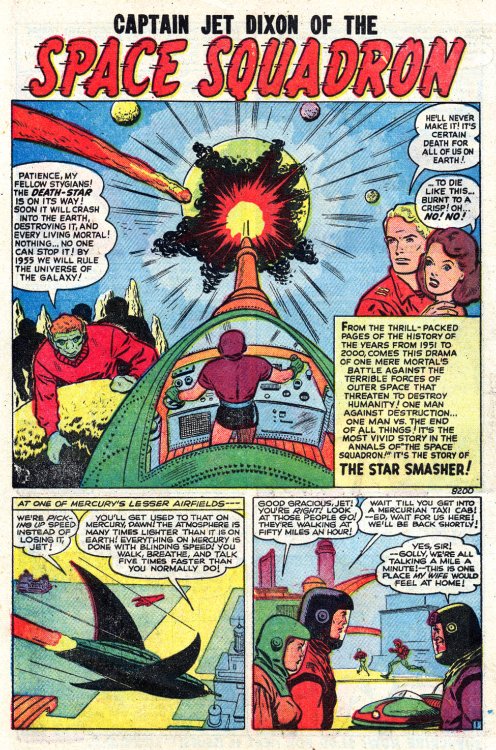 What?
You don't?
But, it's ancient history, as this tale from the year 2000 reveals in flashback... 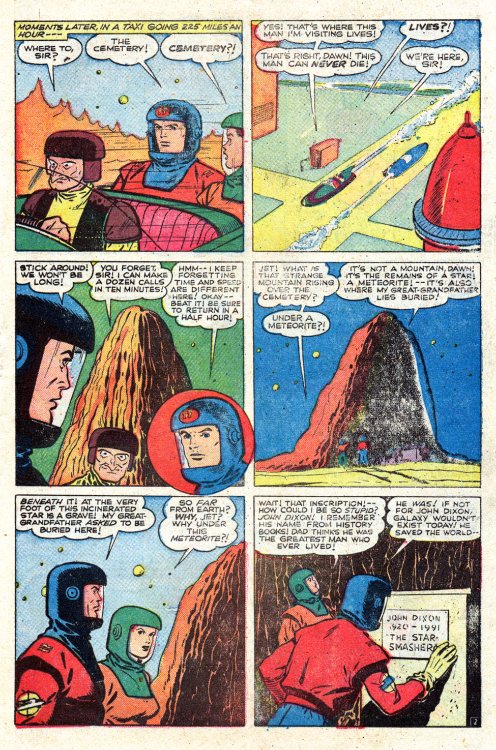 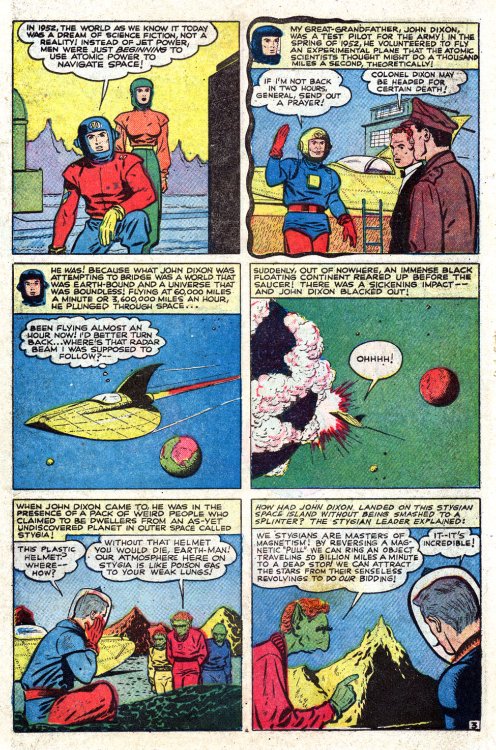 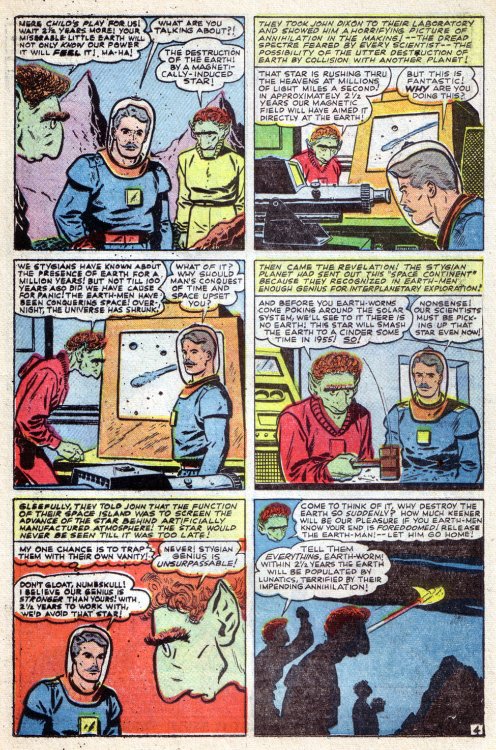 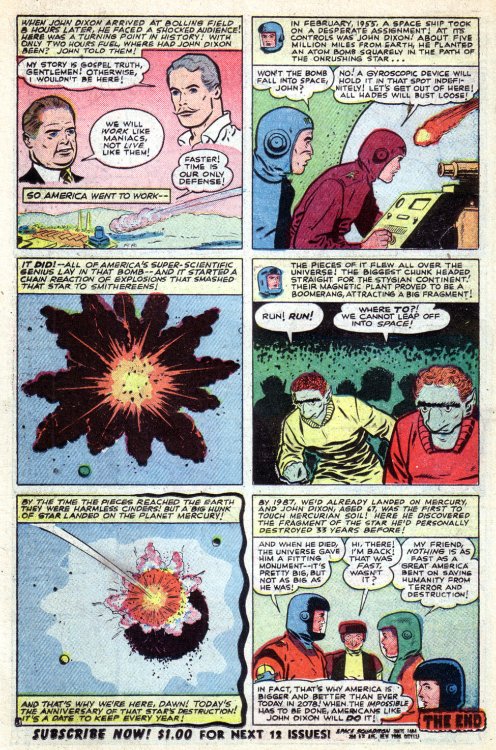 Ah, the days when we actually believed in "American Exceptionalism"...
This story from Atlas' Space Squadron #1 (1951) was illustrated by George Tuska who later became the final artist on the original Buck Rogers comic strip (1959-67) and then assumed the art duties for almost a decade on Marvel's Invincible Iron Man!
The writer is unknown, but the scripting is clearly more simplistic and juvenile-oriented than the relatively more-sophisticated Speed Carter series written by Hank Chapman several years later.
Support Small Business!
Visit
The Future WAS Fantastic! 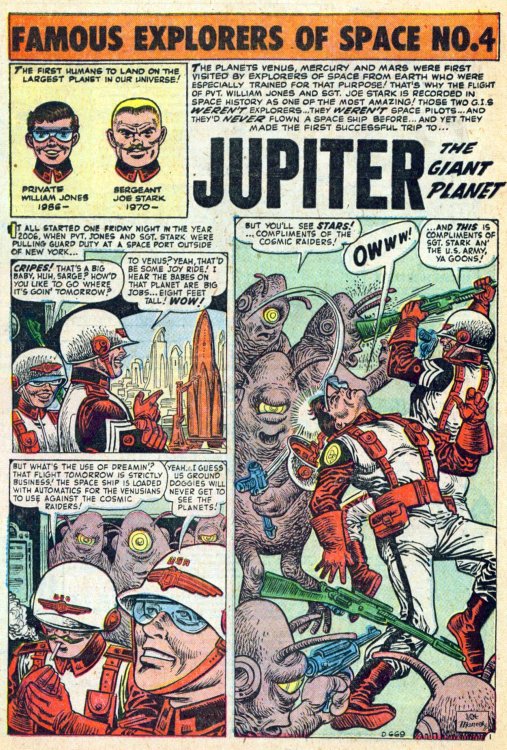 ...funny, I don't remember the skyline looking like that in 2007!
I guess I developed amnesia after I hit my head falling out of my flying car... 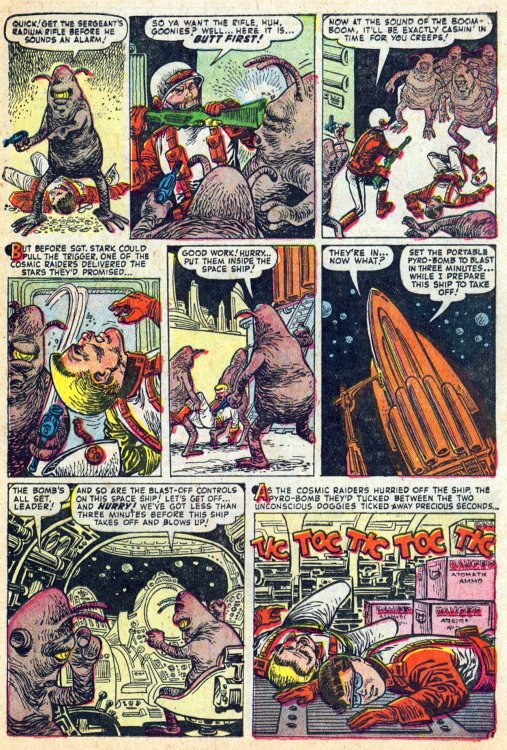 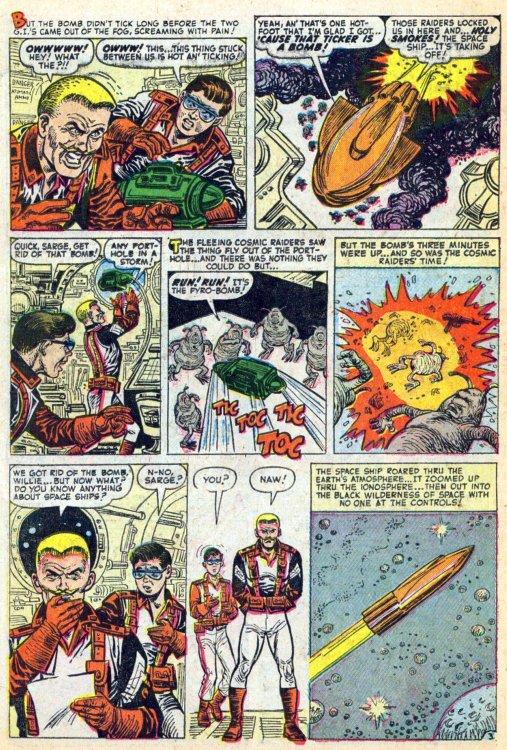 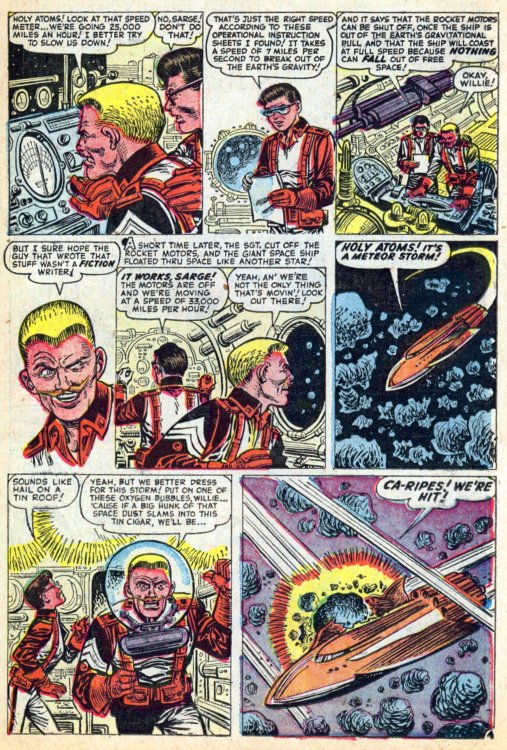 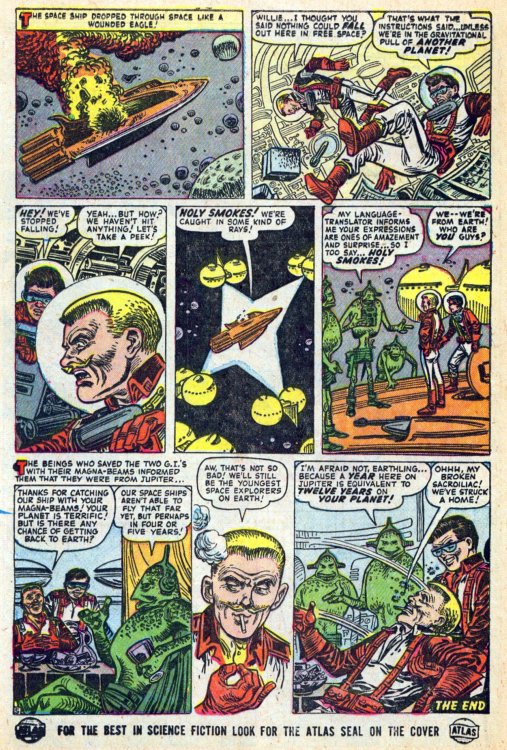 I'm wondering what Joe's gonna do when he runs out of cigarettes!
Nicotine withdrawal is rough enough on Earth.
But on Jupiter, without even nicotine gum...
This story from Speed Carter: SpaceMan #4 (1953) references the previous Famous Explorers tales in its' first paragraph, mentioning the explorations of Venus, Mercury, and Mars.
Written by Hank Chapman, and illustrated by Joe Maneely, in his final Speed Carter interior art job.
Joe would later do the cover for #6, the final issue of the series.


Note: the astronauts in this story, which takes place three generations in the "past" of Speed Carter, have different uniforms and lower-end technology than what's shown in the Maneely-rendered Speed Carter tales.
But since Mike Sekowsky, who illustrated the rest of this issue, redesigned both the uniforms and tech, that whole aspect now falls by the wayside for the remainder of the series' run.
Support Small Business!
Visit
The Future WAS Fantastic!

This Week: a Daily Dose of Horror at Seduction of the Innocent...

This week's Retroblogs™ marathon is... 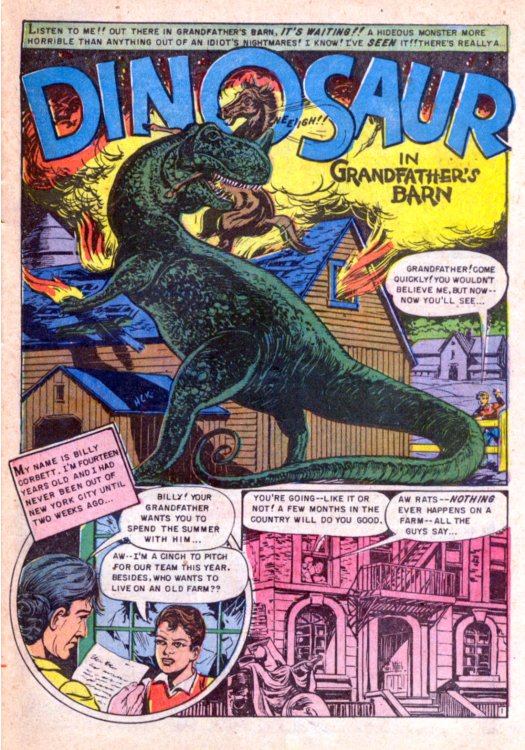 Seduction of the Innocent™
where your mind will be warped by pre-Code horror tales, many never-reprinted!
Click HERE to see stuff your grandparents didn't want your parents to see!
Posted by Britt Reid at 8/20/2012 02:10:00 PM No comments:

We've shown you a team-up between The Shadow and The Avenger....
We'll be showing you a team-up between The Shadow and Doc Savage soon...
But there's a marathon team-up mini-series coming in November that'll make history for the sheer amount of pulp and media heroes from various companies combined in one story!
It's called, appropriately enough, MASKS, and features...
The Shadow!
Zorro!
The Spider!
The Green Hornet & Kato!
Plus other heroes like Miss Fury, The Black Bat, and The Black Terror are mentioned as appearing later on in the series!
Watch for it!
Plus see a sneak preview of the latest (#8) cover for The Shadow's solo title!
Posted by Britt Reid at 8/19/2012 05:10:00 PM No comments: